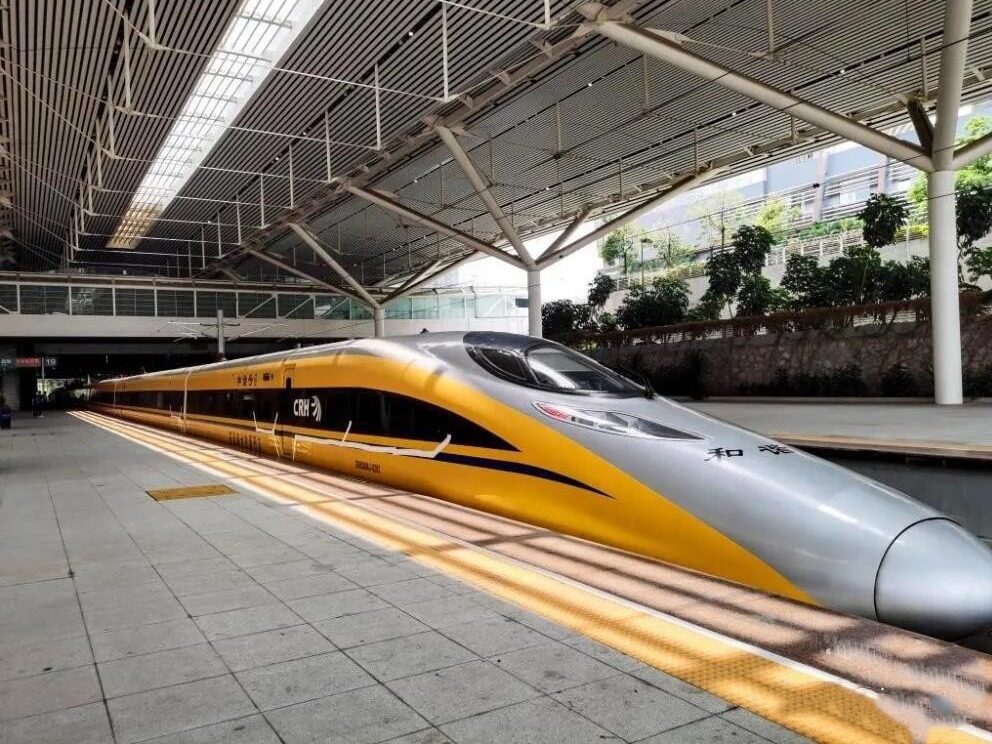 At 13:10 on September 12, 2021, the first 55690 yellow high-speed railway comprehensive inspection train CRH380AJ-0202 from Shenzhen North Station to the border of Guangdong and Jiangxi in the northern part of Heping slowly drove out of Shenzhen North Station, which means that Ganshen The joint commissioning test of the Guangdong section of the high-speed rail is proceeding intensively and orderly, and the entire line has entered a critical period of project acceptance, laying a solid foundation for the trial operation and the opening and operating conditions during the year. 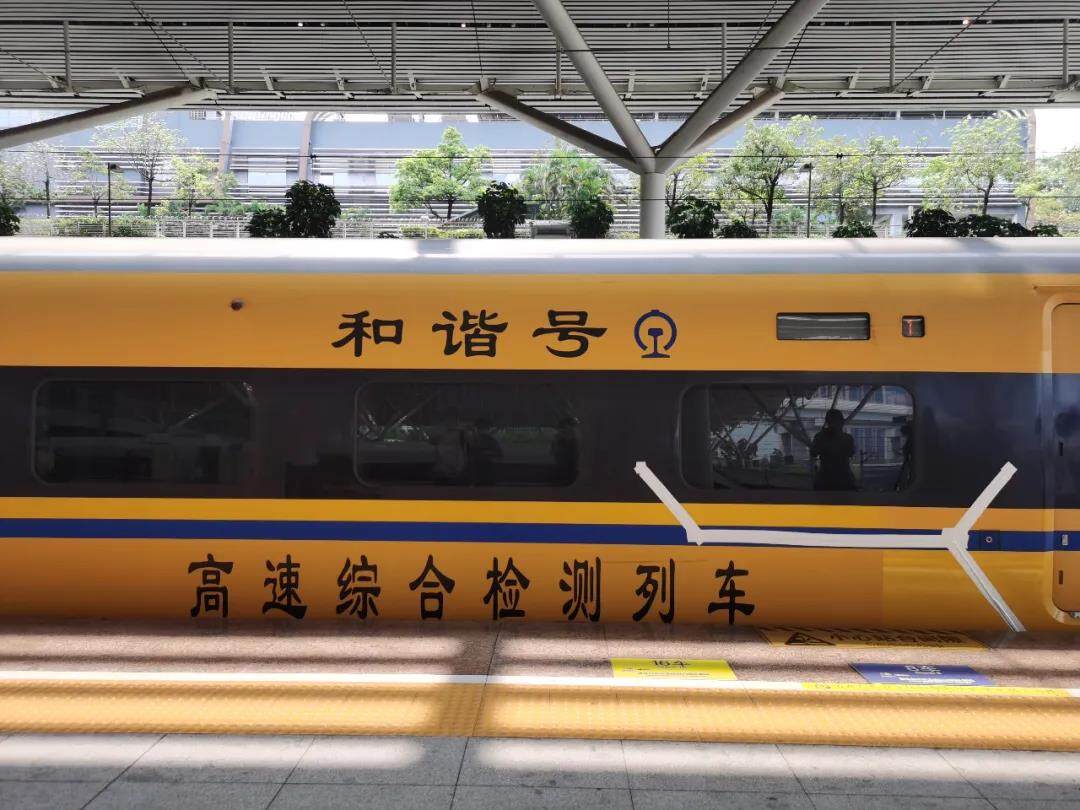 Doctor Huang is different from ordinary trains. The trains are mainly equipped with communication equipment, various sensors, cameras and other devices. They can dynamically check the tracks, roadbeds, communication signals, vehicle dynamics, contact networks, etc. along the line during operation, and pass Detect trains to increase speed step by step, collect and analyze relevant data to ensure that each system meets the design requirements and has the opening conditions, and provides important technical services and guarantees for the lines to have the opening and operating conditions.

As the southernmost section of the Beijing-Kowloon high-speed railway, the Ganshen high-speed railway is an important part of the Beijing-Hong Kong corridor, one of the main corridors of China's eight vertical and eight horizontal high-speed railway networks. The route starts from Ganzhou City in Jiangxi Province in the north, reaches Shenzhen City in Guangdong Province in the south, and runs through the five cities of Ganzhou, Heyuan, Huizhou, Dongguan and Shenzhen from north to south. The total length of the line is 436.37 kilometers, of which the Guangdong section is 301.2 kilometers long and the design speed is 350 kilometers per hour.

According to Xie Yingbin, deputy commander of the Shenzhen Engineering Construction Headquarters of the Guangzhou Railway Group, the Guangdong section of the Ganshen high-speed railway passes through the nearly 10,000-meter-long Songgangshan Tunnel and the Yinpingshan Nature Reserve in one of the most beautiful forests in Guangdong. The geological conditions are complex, and the ratio of bridge to tunnel across the line reaches 86.87%. Among them, there are 222 bridges, 98 tunnels, and 37.8 kilometers of roadbed. There are 2 roads, 7 bridges and 8 tunnels.

Since the construction started in December 2016, in order to ensure the quality and progress of the project, the Shenzhen Engineering Construction Headquarters of Guangzhou Railway Group has organized more than 40,000 participating employees from 12 construction units including China Railway Fourth Bureau and China Railway Electrification Bureau to strengthen on-site control , Promoting standardized management, overcoming many problems such as complex geological conditions, many special structures, volatile mountainous climates, and the impact of epidemics, and completed the construction tasks on schedule with quality and quantity. 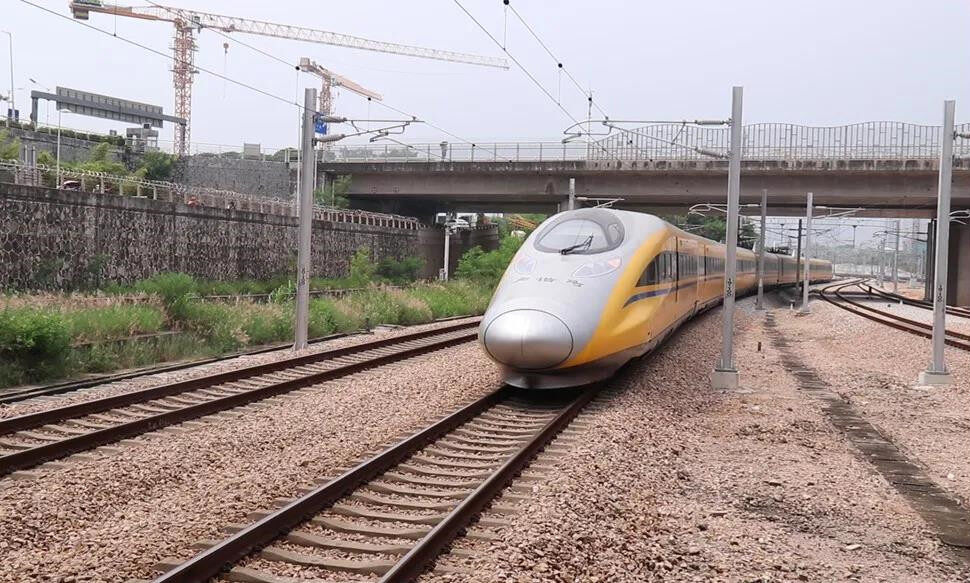 After the opening of the Ganshen high-speed rail, the train running time from Ganzhou to Shenzhen will be reduced from the current 7 hours to about 2 hours at the fastest. The shortest travel time from Nanchang to Shenzhen is only about 3 hours and 30 minutes, and Heyuan to Shenzhen will only take about 1 hour. , It only takes about 30 minutes from Huizhou to Shenzhen. By then, the time and space distance from Ganzhou, Heyuan and other areas to Shenzhen will be greatly shortened, and the formation of a half-hour living circle in the Greater Bay Area and a two-hour economic circle between Guangdong and Jiangxi will be accelerated. At the same time, the railway transportation network between Guangdong and Jiangxi will be improved and promoted along the route. All regions are integrated into the development of the Guangdong-Hong Kong-Macao Greater Bay Area. Editor/He Yuting