Six rows of pipes under construction

The "six rows of pipes" in the employees' mouths have 6 gas transmission pipelines distributed in parallel in a width of 85 meters in the horizontal direction. There are 3 pipelines each with a pipe diameter of 36 inches and 24 inches, and the length of each pipeline is about 7.5 kilometers. In order to avoid high temperature construction, project employees came to the construction site at 4:30 every day and started preparations in a "comfortable" temperature of more than 30 degrees Celsius. Just after 8 o'clock, the temperature rose sharply to 42 degrees Celsius and reached 45 degrees Celsius at 11 o'clock in the morning. As soon as I walked more than 100 meters along the route, I felt pain on both sides of the bridge of my nose.

The primary problem facing the construction preparation stage is the shortage of personnel. Affected by the epidemic, some managers and skilled workers cannot be relocated in time. "The more difficult, the more forward!" While supervising and accelerating the relocation of key personnel, the project department also contacted the local human resources company and trained a group of foreign skilled workers through the method of "teacher and apprentice". Saudi Aramco requires that when new pipelines pass through obstacles such as in-service pipelines and cables, they must be passed underneath, and large equipment is not allowed to excavate within 3 meters on both sides of the obstacles, that is to say, the shortest 6-meter-long pipe The trench must be excavated manually. According to statistics, in the "six rows of pipes" section, there are hundreds of such crossing points, and most of them are stone sections. The excavation of pipe trenches in the stone section alone will greatly exceed the total construction period.

For this reason, the project department communicated with the owner many times, spoke with facts, supported by data, and finally obtained the owner's consent to change the "underwear" to "upper", which gradually resolved potential risks.

"In the section leading to the compressor station, the biggest difficulty is crossing this factory road." Liu Bin, who is in charge of the excavation work, said with emotion. This factory road is the only way for several factory stations near the owner. In addition to the owner’s commute, all types of equipment and vehicles from the construction teams of the factory pass. This factory road is very busy. The "six rows of pipes" must pass here, and the construction plan will eventually cut off the road in the factory by a large excavation method. 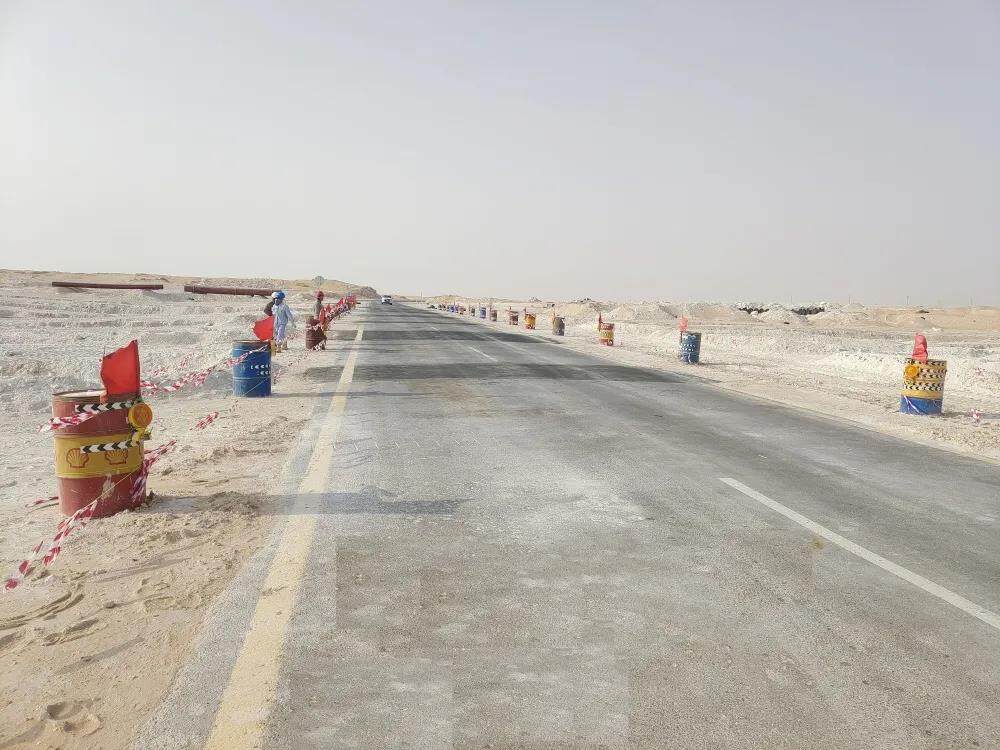 In order to obtain the owner's permit for large-scale excavation operations, the construction unit made preparations before closing the road. First, repair a bypass. The closed section is about 120 meters. The length of the repaired bypass and the approach roads at both ends is 400 meters. The two sides of the bypass should be equipped with visual facilities such as safety warnings, road turns, and speed limits.

After several joint inspections by various departments of the owner and improvement according to their requirements, the owner finally agreed to seal the road for excavation.

After the large-scale excavation is completed, the road surface must be restored as soon as possible, and the rammer will be compacted with high frequency and strong, and the roadbed will be thickened layer by layer. The hardened roadbed surface is sprayed with oil, asphalt mixture is spread, and the road roller is rolled back and forth, and the road surface is restored section by section. The roar of different construction machinery is intertwined with the engine sound of passing vehicles, forming a picture of fighting against the backdrop of bright and eye-catching warning facilities.

In the midst of a major change unseen in a century, the overseas road of engineering companies is full of opportunities and challenges. Against this background, the International Business Department has been adhering to the localization strategy for many years, strengthening refined management, effectively saving labor costs, fulfilling social responsibilities, and striving to improve the level of international project management. In overseas engineering projects, the "foreign apprentices" brought out by generations of Chinese masters have become a new engine to promote project construction and overcome difficulties, and also inject new vitality into the international operation of the pipeline bureau. Editor/He Yuting