A fire broke out in a building in Kaohsiung, Taiwan 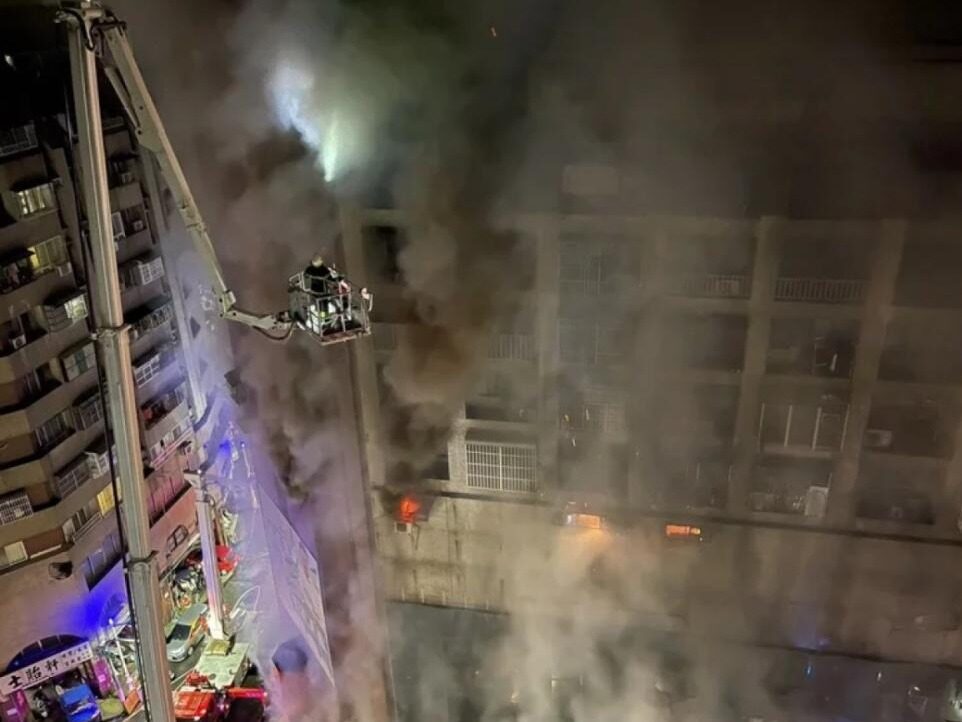 At around 2 am on October 14, 2021, a fire broke out in the Chengzhongcheng Building in Yancheng District, Kaohsiung City, Taiwan. The fire burned from the first floor to the upper floor. So far 41 people have been rescued and sent to hospitals, and 8 people were no longer there when they were found. Signs of life. Kaohsiung Mayor Chen Qimai, Fire Chief Li Qingxiu, and Police Chief Huang Mingzhao came forward to hold a press conference earlier. Huang Mingzhao said that the police have found witnesses and three others to the Yancheng Police Station to make notes. According to witnesses, the scene before the fire broke out. There was a loud bang that might have been heard from the explosion, and whether there was any human factor is under investigation. At present, firefighters are working in groups, searching floor by floor from the 7th floor to the 11th floor. It can be seen that the doors of some households are locked, and the firefighters are continuing to search and rescue, and the number of deaths and injuries may increase. Editor/He Yuting