"Today, we formally announced the establishment of the China-ASEAN Comprehensive Strategic Partnership. This is a new milestone in the history of bilateral relations and will inject new impetus into regional and world peace, stability, prosperity and development." On the 22nd, Chinese President Xi Jinping gave a video in Beijing. Attend and preside over the 30th Anniversary Summit of the China-ASEAN Dialogue Relations, and deliver important speeches. This is my country's most important neighboring diplomatic action in 2021, and it is also the first collective meeting between Xi Jinping and leaders of ASEAN countries. On the day of the summit, the "Joint Statement on the 30th Anniversary of the China-ASEAN Dialogue Relations" was passed. The two sides reached 31 consensus on overall China-ASEAN relations, political and security cooperation, economic cooperation, social and cultural cooperation, and regional and international cooperation. Scholars and people in ASEAN countries are full of expectations for the upgrading of bilateral relations "will benefit more than 2 billion people in 11 countries." Tang Zhimin, director of the China-ASEAN Studies Center of the Thai Chia University School of Management, said that looking back on the past and looking forward to the future at the historical node of "Thirty-year-old", China-ASEAN is increasingly becoming a community with a shared future. This trend is not the result of changes in the international situation. Easily shaken.

On the 22nd, Xi Jinping co-chaired the summit with the Sultan Hassanal of Brunei, the rotating chairman of the ASEAN. "The 30 years since China and ASEAN established dialogue relations, they have gone through an extraordinary journey." In a speech entitled "Destiny and Building a Home Together" on the same day, Xi Jinping recalled that "the past 30 years have been the in-depth development of economic globalization and the profound international situation. The 30 years of evolution have been 30 years for China and ASEAN to seize the opportunities of the times and realize the leap-forward development of bilateral relations." Singapore’s "Straits Times" reported that during the summit, the leaders of ASEAN and China jointly recalled the extensive cooperation between the two sides and discussed how to further strengthen the relationship.

China and ASEAN jointly announced on the 22nd that they will establish a meaningful, substantive, and mutually beneficial China-ASEAN comprehensive strategic partnership. Tang Zhimin said that in the positioning of China's foreign relations, "partnership" means win-win development, "strategic partner" emphasizes the overall and long-term view of the partnership, and "comprehensive" refers to the improvement, expansion, and upgrade of the cooperation field. The upgrade of China-ASEAN relations shows that the two sides are actively responding to changes in the international political and economic situation and will take the initiative to deepen cooperation.

The Cambodian "Khmer Times" commented that over the past 30 years, ASEAN-China political mutual trust has been deepening. From the "Comprehensive Dialogue Partner" in 1996 to the "Good-neighborly and Mutual Trust Partner for the 21st Century" in 1997, to the "Strategic Partner for Peace and Prosperity" in 2003, the two sides have now become models of successful cooperation in the Asia-Pacific region.

Reuters reported that Xi Jinping told ASEAN leaders on the 22nd that China resolutely opposes hegemonism and power politics, and is willing to live in friendship with neighboring countries for a long time to jointly maintain lasting peace in the region, and will never seek hegemony, let alone bullying the small. "Lu Yao knows horsepower, and it has been seen for a long time." He quoted an old Chinese saying that China was, is, and will always be a good neighbor, good friend, and good partner of ASEAN.

Hong Kong’s South China Morning Post stated that China has increased its focus on Southeast Asia in its diplomacy. Xi Jinping announced a series of specific measures on the 22nd. He said that China is willing to launch the "China-ASEAN Health Shield" cooperation initiative, including providing additional 150 million doses of COVID-19 vaccine free assistance to ASEAN countries; it is willing to start the construction of version 3.0 of the China-ASEAN Free Trade Area as soon as possible to enhance the convenience of trade and investment liberalization. China will launch the China-ASEAN Science and Technology Innovation Promotion Plan, provide 1,000 advanced applicable technologies to ASEAN, and support 300 young ASEAN scientists to come to China for exchanges in the next five years.

"China is a political and economic power around ASEAN countries. It is like a big gear that drives these small gears in ASEAN countries to rotate at a high speed." said Shemonil, Director of the Project Planning Department of the Forum of the Alliance of Cambodian Civil Society Organizations. Experience, technical and financial advantages have created a lot of development opportunities for ASEAN countries, which is the real responsibility of a major country.

In an interview, Burapa, chairman of the Lao Chinese Chamber of Commerce and Industry, said that the Belt and Road Initiative has brought great changes to Laos-the idea and implementation of the China-Laos railway and the cross-Laos highway has turned Laos from a land-locked country to a land-connected country. ". He said that the economic and trade cooperation between China and ASEAN has been fruitful in the past 30 years, and the bilateral trade volume has increased by more than 80 times. China proposes to build a closer China-ASEAN community with a shared future. Now is the golden age for achieving this goal.

Singapore’s “Straits Times” reported on the 22nd that the country’s Prime Minister Lee Hsien Loong said at the summit that ASEAN and China continued to strengthen their partnership during the epidemic. Not only did ASEAN leap into China’s largest trading partner last year, but even when protectionism was on the rise, both sides Still playing a leading role in trade liberalization by promoting the world’s largest trade agreement-the Regional Comprehensive Economic Partnership Agreement (RCEP). Singapore therefore welcomes the upgrading of the relationship between ASEAN and China to a comprehensive strategic partnership.

Xu Liping, a researcher at the Institute of Asia-Pacific and Global Strategies of the Chinese Academy of Social Sciences, said that the "comprehensiveness" of the comprehensive strategic partnership highlights the broader areas and deeper cooperation between the two sides. The cooperation between China and ASEAN will no longer be limited to the regional level, and may expand to the global level in the future.

The Russian Satellite News Agency reported that before the summit between China and ASEAN, the United States vigorously hyped the so-called "aggressive" behavior of China in the South China Sea. At the summit, Chinese leaders emphasized the need to jointly maintain stability in the South China Sea and build the South China Sea into a sea of peace, friendship, and cooperation, indicating that the conflicts in the region can be resolved within the framework of a comprehensive strategic partnership. The Malaysian "Oriental Daily" said that Prime Minister Ismail called on all parties to exercise restraint on the South China Sea issue in his speech at the summit.

Xu Liping said that disputes between China and ASEAN in the South China Sea can be properly resolved through bilateral channels, as long as the two sides respect each other, treat each other as equals, and take care of each other's core concerns. Regarding individual countries and the media who have contributed to the conflicts, countries in the region know well and know where the bottom line is for maintaining peace and stability in the South China Sea. Chemonil told reporters that China is a true friend of ASEAN, compared to some foreign powers that are accustomed to "painting cakes." Cambodia has taken over as the rotating chairmanship of ASEAN. It is believed that China-ASEAN relations will achieve greater development in the coming year.

As China and ASEAN upgrade relations, a move by G7 has aroused concern. The UK, which is the presidency of the G7, announced on the 22nd that it will hold the G7 Foreign Ministers’ Meeting in Liverpool from December 10th to 12th, and for the first time invite ASEAN countries Thailand, Indonesia and Malaysia to participate in the meeting. British Foreign Secretary Truth said in a statement that the meeting will discuss measures to strengthen relations in the fields of economy, technology, and security, and build a global network of countries that share common values.

The British "Guardian" commented that in the context of concerns raised by the US-UK-Australia trilateral security partnership, the G7's move may be seen as an attempt to win the support of ASEAN countries. ASEAN countries have differences on "Okus", especially Indonesia and Malaysia have sharply criticized it. The Indonesian Defense Minister said: "Our position is that Southeast Asia should of course remain non-nuclear. We are worried that this will trigger an arms race." Malaysian Defense Minister Hishamuddin Hussein warned that "Okus" could lead to The disintegration of ASEAN. He said: "In particular, we don't want ASEAN to disintegrate because of the geopolitical conflicts between the superpowers."

"South China Morning Post" stated that "Okus" did not negotiate with ASEAN and other regional countries before signing, which was destined to disappoint Asia. The Philippines and Singapore, which initially expressed support, also confessed their concerns. Because "Okus" has a clear deterrent "stick", but no diplomatic "carrot". Its provocative nature may weaken diplomatic efforts elsewhere.

"Another key factor for peace and prosperity in the region is Sino-US relations." Lianhe Zaobao said that Lee Hsien Loong emphasized at the summit that countries in the region hope to establish good relations with both the United States and China, and are unwilling to choose sides. US exchanges will "promote regional peace and stability." The South China Morning Post stated that China’s State Councilor and Foreign Minister Wang Yi said on Saturday that the trend and trend of creating estrangements and divisions in the Asia-Pacific region, inciting conflicts and confrontations, and engaging in small circles of military and political blocs, “deserves the most determined collective resistance”. He also stated that China has noticed that ASEAN has independently put forward its own Indo-Pacific vision, and some concepts and principles are consistent with China's foreign policy concepts.

Regarding the "values" commonly used by Western gangs, Nizhandali, director of the 21st Century Maritime Silk Road Research Center in Cambodia, said on the 22nd that the success of ASEAN and China cooperation today stems from the common value pursuit: commitment The region is peaceful and stable, and committed to openness, tolerance and development.Editor/XuNing 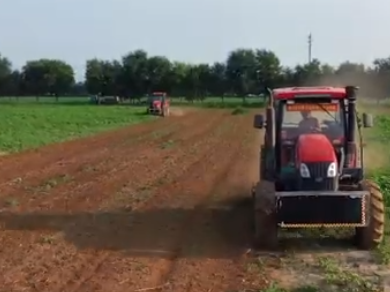 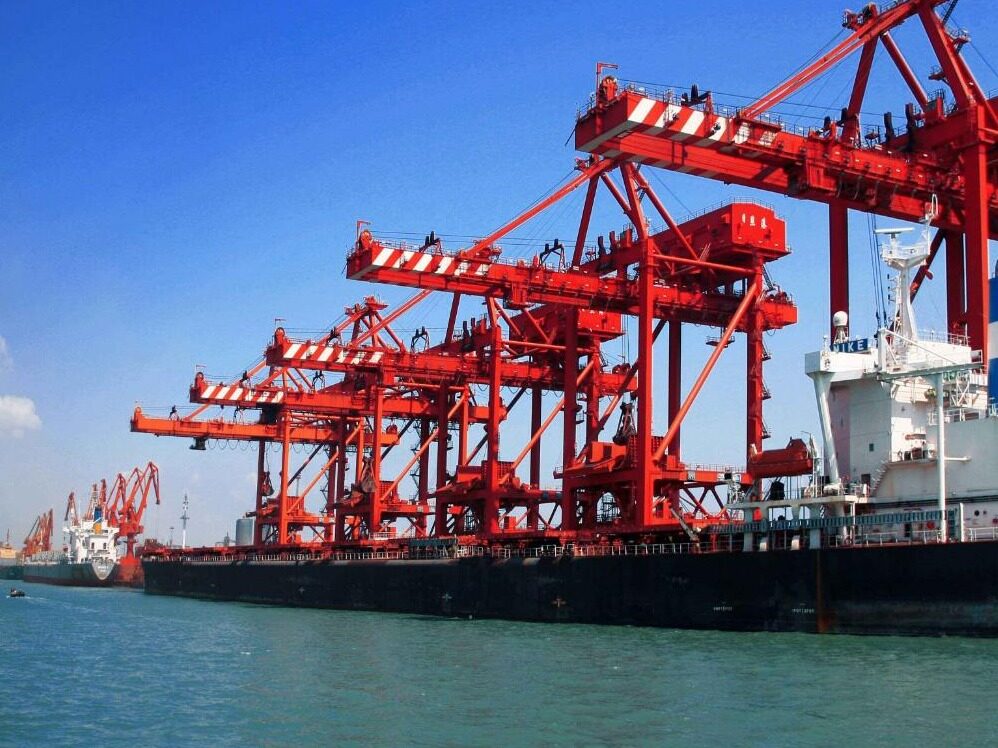 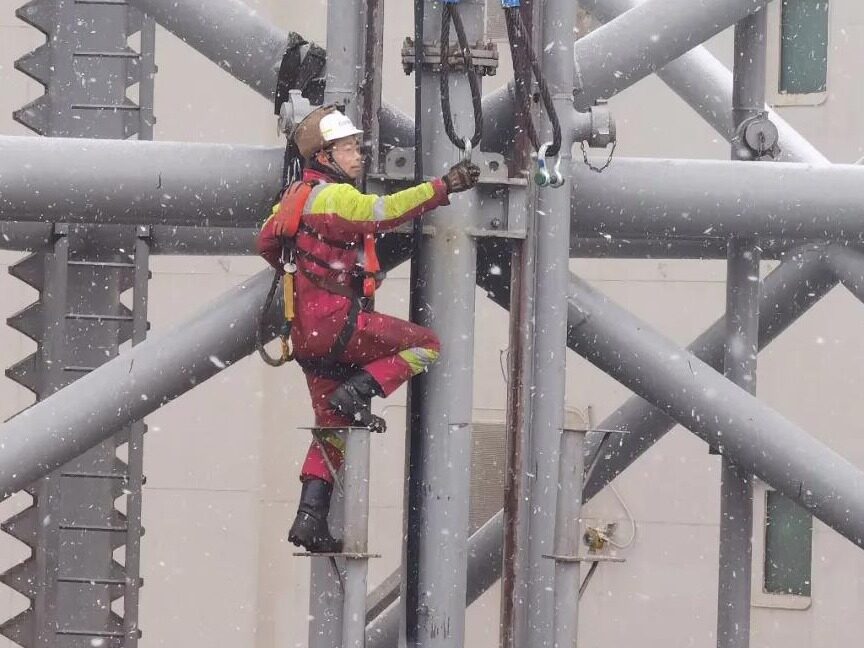 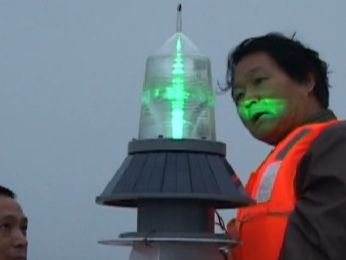