The Guangzhou-Shenzhen section of the Beijing-Hong Kong-Macao Expressway connects Guangzhou, Dongguan, Shenzhen and Hong Kong. It is an important passage in the Guangdong-Hong Kong-Macao Greater Bay Area. It starts from Huangcun Interchange in Guangzhou and ends at Huanggang Toll Station in Shenzhen. Reconstruction and expansion projects have complex construction conditions, great difficulty in securing access, and high technical standards. At the same time, as the first reconstruction and expansion project of the 100-kilometer-level, super-multi-lane expressway in the southern region, the ten-lane or above multi-lane super-wide section expressway, in terms of technical standards, lane functions, traffic capacity, high-density interchange design, and expansion space In terms of layout and other aspects, it is quite different from conventional expressways, and it is necessary to carry out innovative research on technical indicators, traffic organization during operation and safety control.

The main project of the Haizhong Bridge and Tunnel of the Shenzhen-Zhongshan River Crossing Channel is a major control project of the G25 Changchun-Shenzhen National Expressway Shenzhen-Cenxi connecting line crossing the Pearl River Estuary. The project starts from the Guangzhou-Shenzhen Yanjiang Expressway Airport Interchange in Bao'an District, Shenzhen, crosses the Pearl River Estuary to the west, and lands on Ma'an Island, Cuiheng New District, Zhongshan City. This project is another world-class cluster project integrating "bridge, island, tunnel and underground interconnection" after the Hong Kong-Zhuhai-Macao Bridge. It has a large scale, extremely complex construction conditions and high technical difficulty. It is a two-way eight-lane super-long subsea highway immersed tunnel. There is no precedent in the world, and it is the first time in China that an extra-long-span suspension bridge with anchors in water.

The reconstruction and expansion project of the G15 Shenhai Expressway from Heao to Shenzhen Airport is located in the central area of Shenzhen, which is the east-west traffic axis of the Guangdong-Hong Kong-Macao Greater Bay Area. The starting point of the project is at He'ao Interchange in Longgang District, which is connected to Huiyan Expressway, and the end point is at Hezhou Interchange in Bao'an District, which is connected to Shenzhong Passage. The project is renovated and expanded according to the three-dimensional composite channel model (ground layer + three-dimensional layer), both floors are designed according to expressway standards, and it is planned to use a shield tunnel to pass through Longgang New City, passing through the existing water source protection area, buildings, operating subways, and expressways. There are many sensitive factors and risk sources, and the stratum changes are complex. The single-hole double-layer shield tunnel scheme to be adopted in the project is the first application in my country's expressway construction.

The G1 Jingha National Expressway from Suizhong (Ji-Liaojie) to Panjin in Liaoning Province is an important section of the Beijing-Harbin Expressway, and an important traffic artery for the entry and exit of the three northeastern provinces and eastern Mongolia. The reconstruction and expansion route of the project is that the new Jiumenkou double-track section is connected to the original road reconstruction and expansion section, and the entire line is expanded into a ten-lane expressway with a design speed of 120 km/h. The project has the characteristics of lack of technical standards and difficulty in maintaining traffic flow during construction. After completion, it will become the first long-distance ten-lane expressway in the northern region.

Yibin Xinshi-Panzhihua Expressway is an important section of G4216 Chengdu-Lijiang Expressway. The starting point is connected to Renmuxin Expressway of G4216 Line, and the end point is connected to Lipan Expressway of Line G4216. The whole line adopts a two-way four-lane expressway with a design speed of 80 km/h. technical standard. The project passes through three world-class hydropower stations and multiple active fault zones. Along the way, the terrain and geology are complex, the ecological environment is fragile, the construction conditions are poor, and the engineering technology is difficult.

The Yunnan Zhaotong-Shangri-La Expressway is an important section of the G7611 Duyun-Shangri-La National Expressway, and it is an inter-provincial channel that strengthens the interconnection of Sichuan, Yunnan and Guizhou. The implementation of the project is of great significance for promoting the integrated development of the Yangtze River Economic Belt, improving regional transportation conditions, supporting the development of advantageous resources along the route and regional economic and social development, consolidating and expanding the achievements of poverty alleviation in ethnic areas, and comprehensively promoting rural revitalization. The project starts from the Jinsha River (Sichuan shore) in Jinyang County, Liangshan Prefecture, passes through Zhaojue County, Xichang City, Yanyuan County, and ends at Yisong in the south of Shangri-La.

The project is an important part of the new land-sea passage in the west. It is of great significance for building a national comprehensive three-dimensional transportation network, accelerating the construction of a strong transportation country, promoting rural revitalization, building a seaward economy, building a new development pattern for services, and promoting high-quality development of water transportation. The project will build a waterway of about 140 kilometers according to the inland river I-level standard. The main development task is shipping, taking into account water supply, irrigation, flood control, ecological improvement and land space development, and realizing comprehensive utilization of water resources.

Container terminal project on the north side of Xiaoyangshan

This project is of great significance for making full use of both domestic and international markets and two resources, building a diversified reserve system for important bulk materials, improving and strengthening macro-control, and ensuring the supply and price of bulk commodities. Plan to build a batch of specialized bulk cargo berths and public infrastructure to actively serve the national bulk cargo transportation.

This project is an important starting point for accelerating the construction of the golden waterway of the Yangtze River and promoting the relevant requirements of the standardization of the waterway. It is of great significance to improve the navigation capacity of the main channel of the Yangtze River, improve the comprehensive three-dimensional transportation network of the Yangtze River Economic Belt, and accelerate the construction of a strong transportation country. This project improves the traffic capacity of the Anqing-Wuhu section by rectifying the Heishazhou Waterway, Guichi Waterway, Taiziji Waterway, Anqing Waterway and other waterway projects in the Anqing-Wuhu section.

The project is located in Yuhang District, Hangzhou City, and is one of the key projects of the "Higher Quality Integrated Development Plan for Transportation in the Yangtze River Delta Region". The project is connected with Hangzhou-Wenzhou High-speed Railway, He-Hangzhou High-speed Railway Hangzhou West Station, and Metro Hangzhou West Station. Among them, the project and Hangzhou West Railway Station are located in the same building. The station building is divided into nine floors. The three underground floors are mainly subways, and the ground floor is the railway exit hall, transfer hall, highway, bus, taxi, and social vehicle parking. Fields, etc., to realize the full indoor three-dimensional transfer of different modes of transportation.

The project is located in the new harbor area of Haikou City. It is an important transition node connecting Hainan Island with the mainland and one of the key construction projects of Hainan Free Trade Port. The project is connected with the passenger terminal in the new seaport area and the reserved subway and related urban transportation, and belongs to the comprehensive passenger transportation hub of public and water connection. The project includes two major parts: Haikou Xinhai Ro-Ro Terminal Passenger Integrated Terminal Project, GTC and supporting facilities construction project, and adopts unified design and synchronous construction method. Editor / Xu Shengpeng 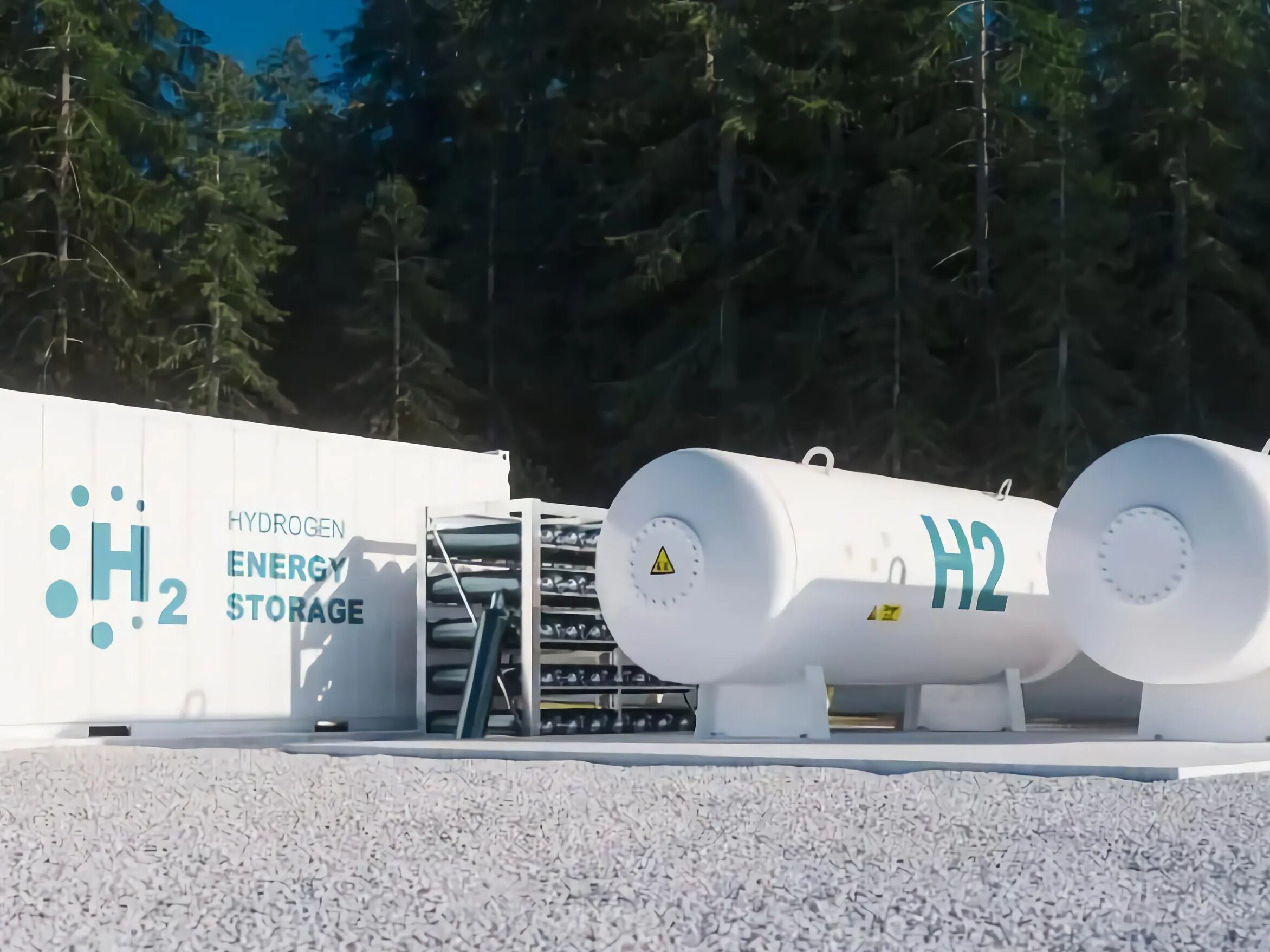 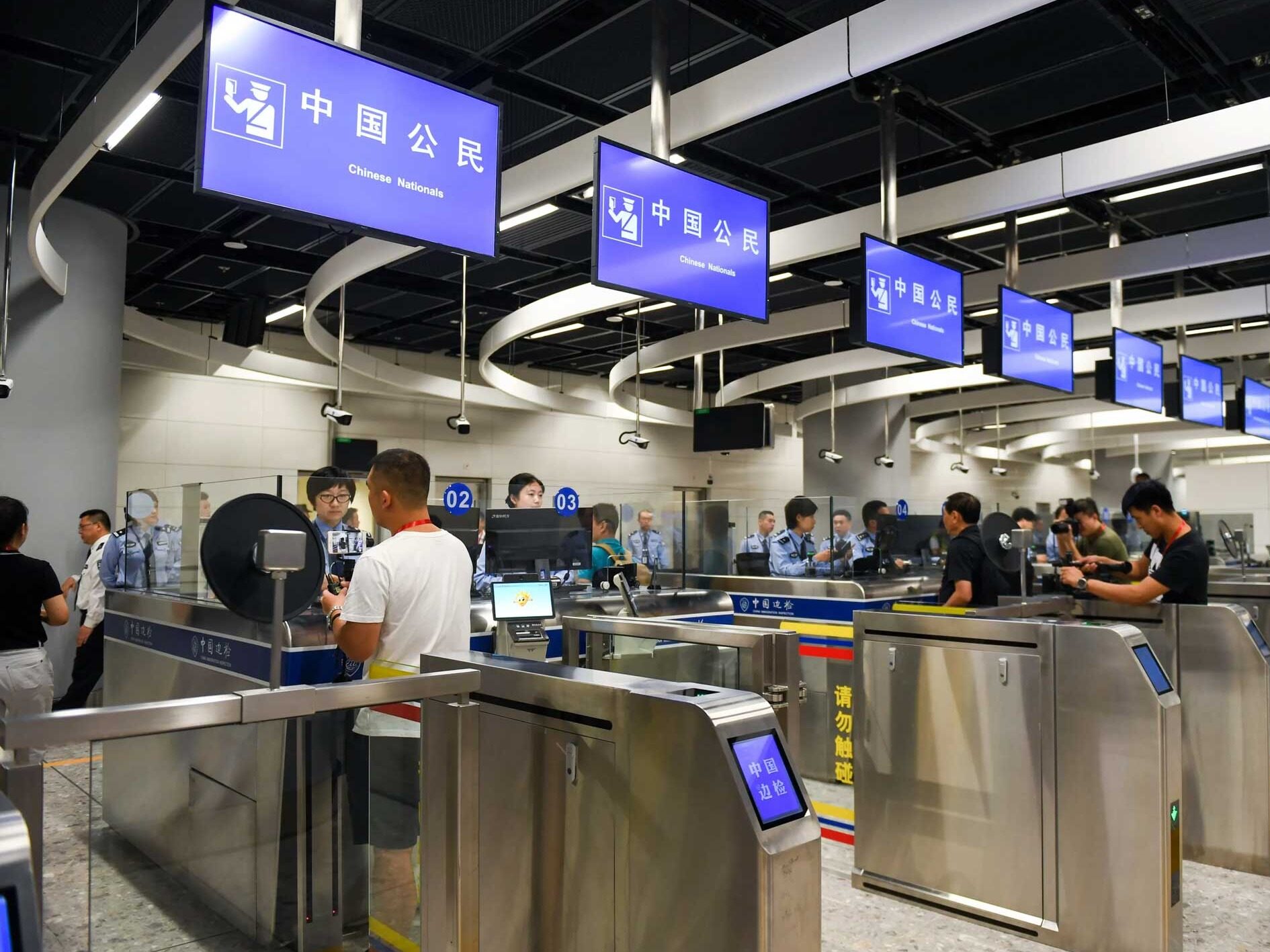 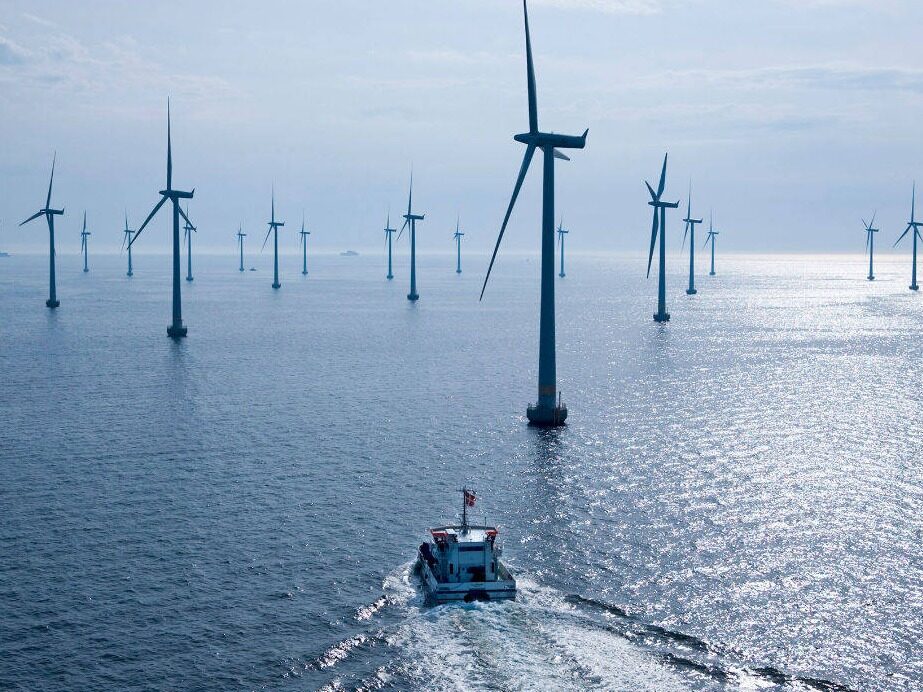 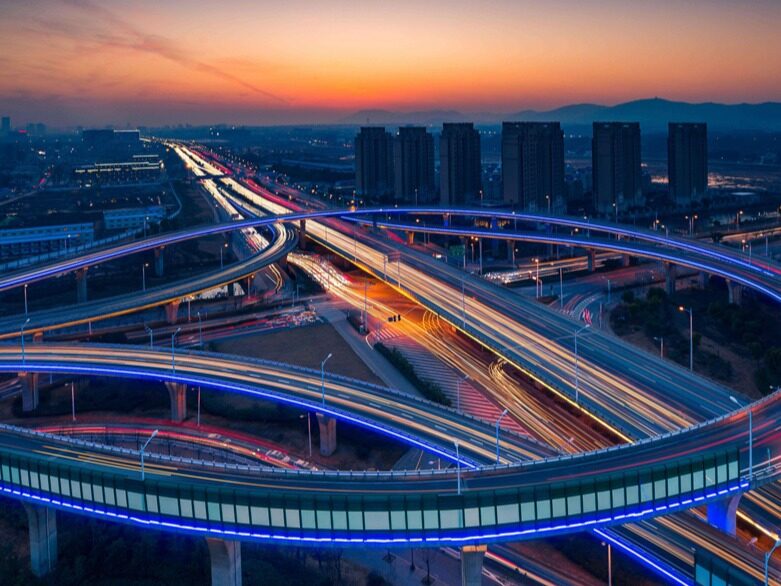 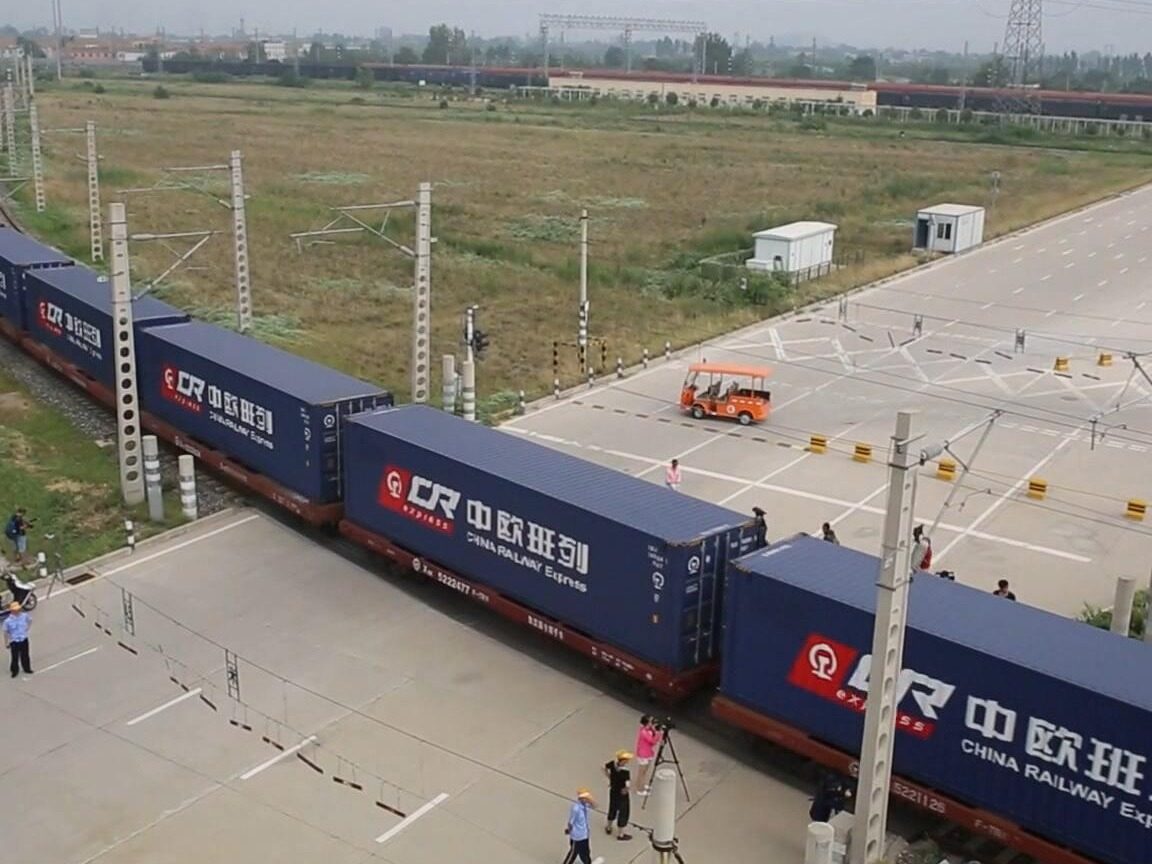