At only 33 years old, he led the team to win the first overseas order of China's high-speed rail, and realized the first overseas landing of China's high-speed rail technical standards; in his 7 years of prosperity, he has worked on the Jakarta-Bandung high-speed rail site in Indonesia for over 1,500 days, winning Indonesian partners compliments. He is Xia Jian, Executive Deputy Manager and Chief Engineer of the Jakarta-Bandung High-speed Railway Project Department of China Railway Design Group Co., Ltd. He is the "iron shoulder" in the eyes of leaders, the "pillar" in the mouth of colleagues, and the "benchmark" in the heart of his daughter.

On April 30, 2015, Xia Jian, who had just completed the master plan of the Changchun Railway Hub, took over the burden of leading the design bidding of the Jakarta-Bandung high-speed railway. "The Jakarta-Bandung high-speed railway is a landmark project of the Belt and Road Initiative and the pragmatic cooperation between China and Indonesia. It is both exciting and a great responsibility." Xia Jian said.

As China's first high-speed rail project that has completed the whole process of survey, design and construction outside China, the Jakarta-Bandung high-speed rail is of extraordinary weight. The Jakarta-Bandung high-speed railway is the first high-speed railway in Southeast Asia with a design speed of 350 kilometers per hour. Although the length of the line is only more than 100 kilometers, it almost covers the most difficult geological "stumbling blocks" for high-speed railway construction, such as volcanoes, landslides, reservoir collapses, earthquake liquefaction layers, and active fault zones. The natural conditions of the project are complex and the business environment is unfamiliar. According to the requirements of the framework cooperation agreement, the Chinese team must complete the project feasibility study report within 3 months.

The Jakarta-Bandung high-speed railway site is covered with tropical rain forests, which are inaccessible and infested with snakes and insects. In order to explore the way, the designers had to wear masks, wield sticks, and carry 20 kilograms of instruments, enduring the sweltering heat and high temperature to conduct "carpet" surveys in the rainforest, often walking for a day. In the past month, Xia Jian led the team to walk more than 300 kilometers. He experienced several earthquakes successively, and many people were infected with dengue fever. However, the detailed geological investigation has laid a solid foundation for the high-quality design plan.

The bidding for the Jakarta-Bandung high-speed rail project is extremely competitive. Xia Jian led the team to fight all night, combined with Indonesia's national conditions and the needs of the owners, and carried out in-depth research on technical scheme comparison, technical standard adaptability, business model, investment and financing model, human resources training and other special studies. The more than 400-page feasibility study report fully demonstrates the all-round technical advantages of China's high-speed rail in terms of economy, safety, and comfort.

On October 6, 2015, the Chinese side finally won the bid, and China's high-speed rail technical standards made a breakthrough in the international market. At this time, Xia Jian, who had not slept for 3 days, was extraordinarily energetic. "I don't feel tired at all, I just want to complete the task perfectly." Xia Jian said that resolving various challenges has provided opportunities for Chinese high-speed rail people to demonstrate their technical strength. "The 'China Plan' is tailored for Indonesia and conveys China to the world. Confidence and confidence to promote high-quality joint construction of the Belt and Road.”

In May 2020, the construction of the Jakarta-Bandung high-speed railway project suffered a serious setback due to the spread of the global new crown pneumonia epidemic. At that time, the domestic vaccine had not yet been released, but Xia Jian, who had been on vacation in China, offered to return to the Indonesian project site immediately. "The project needs me, and the comrades at the scene need me." On the first day of resumption of navigation, Xia Jian led 8 colleagues , spanning three countries and four places, it took more than 30 hours to return to the Jakarta-Bandung high-speed railway project department. Focusing on epidemic prevention in one hand and production in the other, he runs on-site and off-site during the day, and changes drawings and holds online meetings at night.

"Xia is always an 'iron man'. As soon as I opened my eyes in the morning, I heard that he had called to arrange work. I was going to sleep late at night, and he was still busy." Gao Bo, deputy manager of the China Railway Yawan High-speed Railway Project Department, said. Under the influence of Xia Jian, a group of technical backbones born in the 1985s and 1990s have grown rapidly. Zhou Bin, who is engaged in roadbeds, was awarded the Excellent Communist Party Model of China Railway Construction, and Wang Feng, who is engaged in bridges, became an advanced producer of China Railway Construction. Xia Jian also led the design team to jointly carry out a number of scientific research projects such as "Research on Seismic Design of Tunnel Structures" and "Research on Engineering Measures, Monitoring and Early Warning Plans for Active Fault Zones" with Bandung University of Science and Technology in Indonesia. The head of the Indonesian team sincerely admired, "Indonesians respect the wise and the strong. I am honored to cooperate with China Railway Construction. You are all good."

"In the Yawan High-speed Railway, I have dedicated my youth for 7 years, and I have also gained rich experience in promoting China's high-speed railway to 'go out'." Talking about the future, Xia Jian, who is in his prime, did not hesitate, "I hope to take advantage of high-quality high-speed rail. The east wind of jointly building the Belt and Road will allow more countries to share China's high-speed rail."Editor/XuNing 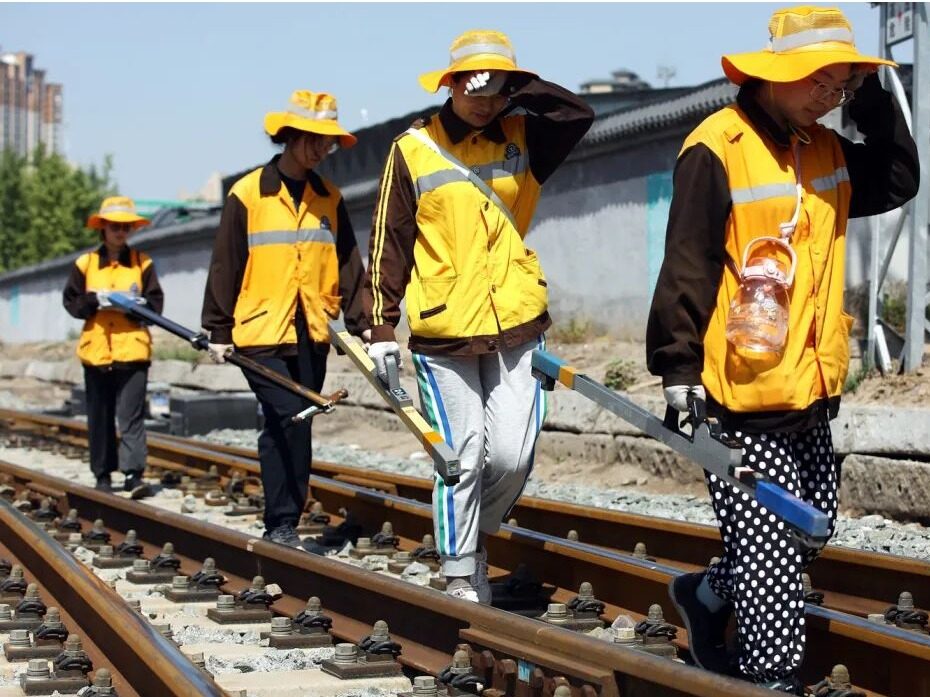