In 2022, China will once again assume the presidency of the BRICS countries. Promote win-win cooperation in the BRICS countries' fight against the new crown pneumonia epidemic, digital transformation, interconnection of industrial and supply chains, and green and low-carbon development. As an important event in the professional field of BRICS, the theme of this forum is to shape the future of the BRICS value chain, promote the building of a community with a shared future for mankind, and steadily promote the implementation of global development initiatives, accelerate the implementation of the United Nations 2030 Agenda for Sustainable Development, and jointly build a global contribute to the development community. Zhang Boli, academician of the Chinese Academy of Engineering and honorary president of Tianjin University of Traditional Chinese Medicine, delivered a keynote speech at the forum

During the two-day conference, relevant representatives of the BRICS countries will publish online and offline speeches on "Strengthening Openness and Innovation Cooperation to Help Post-pandemic Economic Recovery", "Deepening Commodity Production and Marketing Cooperation to Promote Economic Connectivity and Mutual Win", "Actively Responding to Climate Change and Building a Sustainable Future". ” and other keynote speeches. Parallel forums will be held on topics such as solidarity and anti-epidemic and health cooperation, digital economy, interconnection of industrial and supply chains, and green, low-carbon and sustainable development. At present, the century-old changes and the epidemic of the century are superimposed on each other, and global sustainable development is facing severe challenges. The COVID-19 pandemic has brought enormous challenges to the development of the BRICS countries, and at the same time has provided more possibilities for the innovation of BRICS cooperation methods and mechanisms. After 16 years of development, the BRICS cooperation mechanism has formed an all-round, wide-ranging and multi-level cooperation structure, and has become an active builder of the international system and an important force in international relations. The delegates expressed in their speeches that the BRICS countries, as emerging markets and major developing countries, should continue to join hands and keep pace with the times to jointly help post-epidemic economic recovery, promote economic connectivity and mutual benefits, and promote a greener, healthier and safer environment. , sustainable global development. 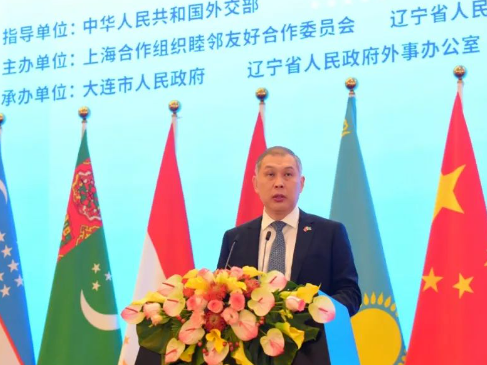