On July 13, 2022, the 9th China-Central Asia Cooperation Forum came to a successful conclusion. This forum was held simultaneously in Beijing, Shenyang, and Dalian in the form of video. Guests from China and the five Central Asian countries in the fields of government, education, industry and commerce gathered in the cloud, focusing on the theme of cooperation in women's cause, agricultural internationalization, education, digital economy and other fields. The discussions and exchanges are rich in connotation and fruitful results have been achieved. Shen Yueyue, Vice Chairman of the Standing Committee of the National People's Congress and Chairman of the Shanghai Cooperation Organization's Good-Neighborliness, Friendship and Cooperation Committee, attended by video and delivered a keynote speech.

Kazakh Ambassador to China Nureshev pointed out at the opening ceremony of the forum held in Beijing that over the past 30 years, the Central Asian countries and China have reached a high level of strategic partnership, promoting the sound development and prosperity of the region. An example of a new type of inter-state relationship based on mutually beneficial cooperation. Nureshev said that Kazakhstan is willing to further diversify transit transport routes and introduce comprehensive logistics solutions, including the opening of a new railway transport corridor through Kazakhstan, and the third border railway will be built between China and Kazakhstan. Nureyshev also announced in his speech that Kazakhstan is willing to fully support foreign investors by implementing the new national investment policy. In this context, the ambassador introduced to the participants that Kazakhstan will implement a 14-day visa-free entry policy for Chinese citizens from July 8, 2022, which will promote the strengthening of economic, trade, cultural and cultural cooperation between the two countries. Kazakhstan will implement a 14-day visa-free system for citizens of China, India and Iran from July 8.

Said Zoda, Ambassador of Tajikistan to China, said that with the development of Tajikistan-China relations entering the fourth decade, the Tajik side firmly believes that through joint efforts, the bilateral relations will become a model of strategic partnership, covering various fields and achieving good results. Rich content and remarkable results. Durdeeva, President of the Women's Union of Turkmenistan, said that we firmly believe that this China-Central Asia Cooperation Forum will make important contributions to further strengthening international cooperation between regions. Barayeva, Deputy Director of the Office of the President of Kazakhstan and Chairman of the National Committee on Women and Family Population Policy directly under the President, delivered a speech at the meeting

At the closing ceremony, Cui Li, Vice-Chairman of the Shanghai Cooperation Organization Good-Neighborliness, Friendship and Cooperation Committee, briefed the results of this forum. Women's Development Forum to commemorate the 30th anniversary of the establishment of diplomatic relations between China and the five Central Asian countries, focusing on the development achievements of all parties in the fields of women's poverty reduction, education, employment, etc., agreed to strengthen policy coordination and practical cooperation, and jointly promote the development of women's cause; the agricultural cooperation sub-forum focuses on food The major theme of security will be discussed in depth around topics such as agricultural technology exchanges and cooperation, agricultural product trade, and supply chain protection, benefiting the rural development and revitalization of various countries and people's livelihood construction; the digital economy sub-forum promotes project docking to promote industrial cooperation and talent training; education cooperation sub-forum promotes Colleges and universities of all parties have reached educational cooperation agreements to promote the exchange of talents in the region and cultivate high-quality talents for the future. From July 12 to 13, 2022, the 9th China-Central Asia Cooperation Forum will be held in Dalian. Delegates from China, Kazakhstan, Kyrgyzstan, Tajikistan, Turkmenistan, and Uzbekistan conducted in-depth discussions and reached broad consensus on the theme of "Unity and Cooperation, Mutual Benefit and Win-win, Jointly Addressing Challenges, and Going to a Bright Future". To consolidate the outcomes of the Forum, we propose the following:

Based on the principles of mutual respect, good-neighborliness, solidarity, mutual benefit and win-win results, we should enhance solidarity and mutual trust, deepen pragmatic cooperation, intensify communication and coordination, work together to address challenges, and work together to build a closer China-Central Asia community with a shared future. Jointly promote the Belt and Road cooperation, speed up strategic alignment around energy, agriculture, digital economy, sea and land access, etc., improve the level of cooperation in fine chemicals, high-tech, digital economy and trade, artificial intelligence, green agriculture and other fields, release cooperation potential in all directions, and jointly promote capital The region prospered. Promote the extensive participation of local governments, universities, think tanks, media and various industry organizations in bilateral and multilateral cultural activities, expand local partnership networks, improve education levels, prosper cultural exchanges, promote women's causes, and build a bridge between peoples of China and Central Asian countries . Let us pass on our friendship, move forward side by side, and jointly write a better tomorrow for the relations between China and Central Asian countries! Keywords: One Belt One Road, overseas news

The China-Central Asia Cooperation Forum, established in 2012, is a dialogue platform for China and Central Asian countries to deepen cooperation and develop cooperation mechanisms. The first forum was held on May 7, 2012 in Tongxiang City, Zhejiang Province.Editor/XingWentao 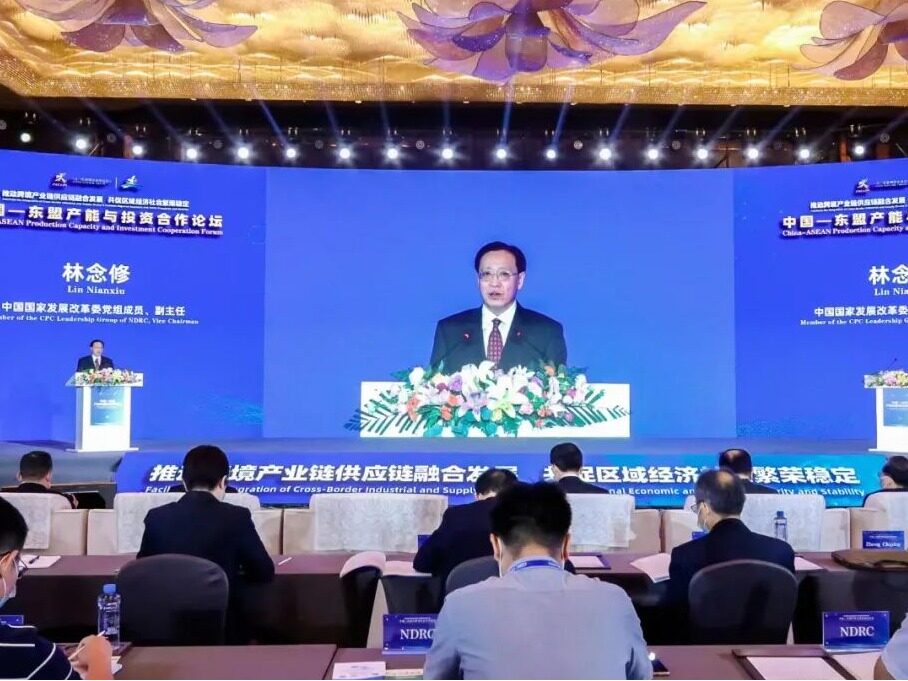