A popular saying is that China is a landlocked agricultural country with backward marine shipping and shipbuilding technologies since ancient times. This is the fallacy of not knowing history.

A large number of archaeological objects prove that ancient Chinese shipbuilding and navigation technology once led the world for a long time. The three most famous inventions are the compass, the rudder and the watertight cabin.

Rudder is written in the classics, and it is also written as 柁, Shi, robe, etc. Its name begins in the Eastern Han Dynasty. Liu Xi's "Release of Names and Ships" said: "The tail is called 柁. 柁, tow is also seen in the back. And Bi is the boat, so that the downstream does not make him cruel." This shows the stern of the boat at that time. There is already a rudder, which enables the ship to correct its course and not deviate from its course.

We can clearly see that the rudder evolved from the oar through the Han Dynasty wooden ship model found in archaeology and the Han Dynasty ship pattern on the bronze ware. For example, in 1974, a model of a wooden boat in the Western Han Dynasty unearthed in Jiangling, Hubei Province as a burial vessel has five figurines and five oars. One of the figurines is on the stern side of the boat, and the oars are used to "Bi Zheng" the boat's course, and the other four are rowers , although they are both paddles, their functions are different. The paddle evolved into a rudder, with three key changes. One is the shape of the paddle: in order to facilitate handling, the paddle handle is lengthened, and in order to increase the force of the water flow, the area of the paddle is enlarged. The second is the operating position: move from the side of the boat to the stern of the boat, and finally put it in the middle of the stern. The third is the mode of operation: from hand-held operation to fixed on the support point, it can either ascend or descend according to the depth of the water, or rotate flexibly according to the course.

In 1955, a pottery boat was unearthed in a tomb of the Eastern Han Dynasty in Guangzhou, which is naturally a ghost vessel. There are 6 people on board. Scientists calculate according to the height ratio of the people on board. The boat modeled on this pottery boat is about 20 meters long and 5 meters high. It is a transport ship sailing in the rivers of Guangzhou. There is a real rudder in the middle of the stern. The rudder surface is an irregular square with a relatively large area; there is a hole at the top of the rudder stock, which may be used to install the rudder; the rudder stock is fixed with a cross-shaped structure and extends obliquely into the water from the stern, the researchers determined This is a device that turns the rudder on a shaft. There is a person standing beside the rudder, who should be the helmsman.

In 1959, when the rudder rod was delivered to the China History Museum for exhibition, it had to be sawed into two pieces due to site problems. People can really see that although the big rudder rod has been buried in the ground for more than 500 years, there is no decay. sign. The site where the big rudder was unearthed was the Treasure Shipyard in the early Ming Dynasty, which was the factory that built Zheng He's large ships.

In the years before and after the excavation of the big rudder, some ancient ship components were also unearthed, and their texture was also iron wood. Everyone knows that the size of each component of the ship has a certain proportional relationship. After calculation, experts believe that this large rudder stock should be installed on a large ship with a length of about 150 meters. The invention and use of the rudder is a major contribution of the Chinese nation to the world's shipbuilding and water transportation. It was introduced to the West together with the compass, which was widely used in the Song Dynasty, and achieved the Great Navigation Age in the 15th century.

Another major invention of the Chinese nation in shipbuilding is the watertight compartment. This invention has saved the lives of many ships and people.

It can be seen that the wooden boats from the early to the late Tang Dynasty adopted the watertight compartment structure. The Song and Yuan Dynasties were the most developed period of overseas transportation and trade in ancient my country, which inevitably led to the development of the shipbuilding industry, especially the marine shipbuilding industry.

Quanzhou was one of the three major centers of foreign trade at that time, and also had a well-developed shipbuilding industry. In recent years, shipbuilding sites and ship remnants of the year have been discovered here. Among them, the ship unearthed in 1974 has been written into the history of various places. Textbooks are described in more detail here. The upper part of the hull of the ship has been damaged, and only the underwater part is well preserved, which is the key part of the ship, which allows people to understand the shape and structural characteristics of the ship. The residual length of the ship is 24.2 meters, the residual width is 9.15 meters, and the residual depth is 1.98 meters. Based on this, it is estimated that its upper part length should be about 35 meters, the displacement is about 400 tons, and the load is about 200 tons. Small ships in the Song Dynasty. The ship is divided into 13 cabins, and the thickness of the boards in the compartments is 10-12 cm. The planks are spliced with tenon and mortise, while the bulkhead and the hull are first connected with flat iron and hook nails, and then all the gaps are sealed with fillers made of hemp silk, tung oil and lime. Such materials and connection and sealing technology ensure the firmness and durability of the compartment.

Due to the structure of the watertight compartment, the ships of the Song and Yuan Dynasties frequently sailed the sea and travelled safely.

The watertight cabin technology used in shipbuilding actually appeared as early as the Jin Dynasty. Ships made with this technology had a unique name "eight-slot ship" in the Eastern Jin Dynasty.

What is an "eight slot ship"? That is, when the ship is built, the draft part of the lower part of the hull is divided into eight cabins, so that even if one of the cabins leaks during the voyage, it will not cause the ship to sink.

In fact, the word "boat" in the oracle bone inscriptions of the Shang Dynasty is a pictographic character, but there are three horizontal lines in the word boat. Some people think that this symbolizes the technology of compartment separation in shipbuilding at that time.

Some Western scholars (Needham) believe that the watertight bulkhead technology originated from the Chinese observation of bamboo, because there is a partition in the middle of each section of bamboo.

American historian of science and technology W. Smith said: "The idea of building a bilge sealing wall is very natural. The Chinese got this inspiration from observing the structure of bamboo poles. The diaphragm of the bamboo pole section separates the bamboo into many diabolo tubes. There was no bamboo, so the Europeans had no inspiration for that."

"This technology has many advantages, one is that after one cabin leaks, it will not affect the use of other cabins, the second is that there are many more support points inside the ship, which increases the strength of the hull, and the third is The point was to provide a strong transverse structure for the hull, allowing the mast to be tightly connected to the hull and bulkheads. This technology later made it possible to build ships with multiple masts and multiple sails.”

In other words, large ships with multiple masts are difficult to build without multiple compartments. This ancient Chinese shipbuilding technique was not introduced to Europe until the 18th century and was adopted. According to the history of Western ships, the first application of watertight bulkhead technology in Europe was British naval engineer Samuel Bentham, who in 1782 designed and built the first keel and multi A warship with a submerged tank. This was a very advanced ship in Europe at the time. 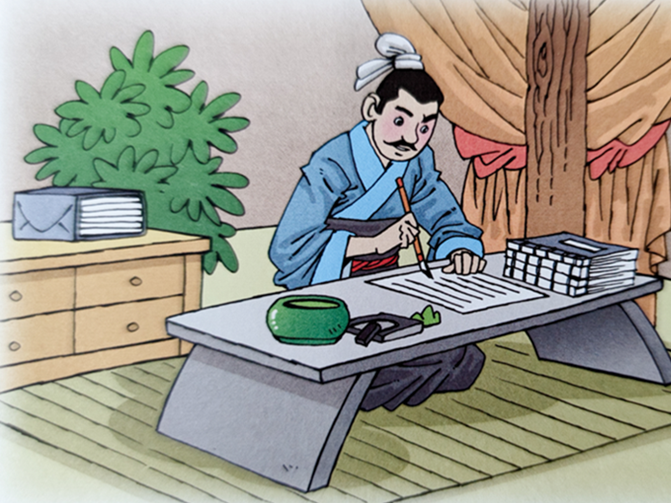 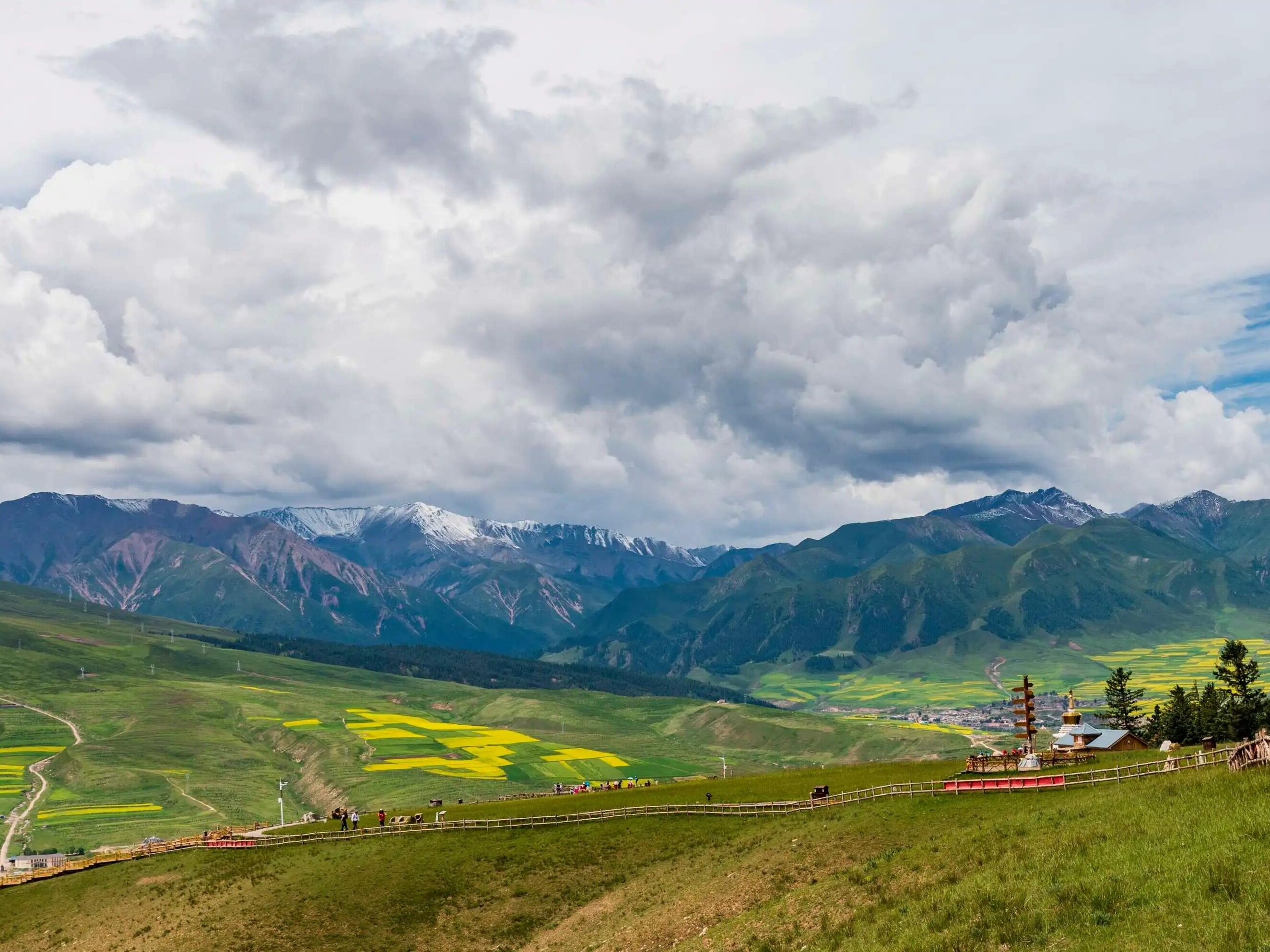