On July 30, 2022, the mobilization meeting for the construction of Jilin Province's "Three Gorges with Landscape and Water Storage" project and the State Grid Jiaohe Pumped Storage Power Station Project was held in Jiaohe City, Jilin Province.

Jilin Province is striving to implement the high-quality development strategy of "one main and six doubles", giving full play to the advantages of regional characteristics, resource endowments, industrial bases, etc., seizing opportunities, taking advantage of the trend, relying on renewable resources such as wind, light, water, hydrogen, and geothermal , planning and constructing the Three Gorges Project on land in the west, the Three Gorges project with energy storage in the east, and the Three Gorges Project in the whole area, focusing on building a national-level clean energy base, promoting the reconstruction of the strategic layout, reshaping the development advantages, and laying a solid foundation for the comprehensive revitalization of Jilin. The total investment of the Three Gorges Project for landscape energy storage is 210 billion yuan, with a planned installed capacity of 35 million kilowatts, mainly including three pumped storage power stations in Baishan, Dunhua, and Jiaohe, and included in the national "Pumped Storage Medium and Long-term Development Plan (2021-2035)" It is estimated that by 2030, the installed capacity of the province's pumped storage power stations will reach 12.1 million kilowatts.

The fully constructed Jiaohe pumped-storage power station is located in Jiaohe City, Jilin Province. The total investment of the power station is 6.97 billion yuan, the installed capacity is 1.2 million kilowatts, and 4 units with a single unit capacity of 300,000 kilowatts are installed, which are connected to the Jilin power grid with a 500 kV line. It is planned to be put into operation in 2029.

The first is to ensure the power supply, optimize the local power supply structure, give full play to the role of stabilizers, regulators and balancers, and improve the safety, reliability, operational flexibility and adaptability of the power system. The pumped storage unit is convenient to start and stop and responds quickly. It is a mature, economical and reasonable system backup power supply. It plays an important role in stabilizing the system frequency, providing accident support, and improving the stability of the power system. At the same time, it can meet the rapid growth of local wind power and solar power generation. The increased demand for peak regulation promotes the efficient consumption of new energy and provides favorable conditions for the large-scale development of new energy in the local area. Jilin Province Power Grid’s thermal power installed capacity accounted for 53.2%, wind power and photovoltaic installed capacity accounted for 29%, and hydropower installed capacity accounted for 17.8%. The winter heating period overlaps with the wind power generation period. The thermal power heating period protects people’s livelihood and cannot participate in deep peak regulation. , the grid peak regulation and power supply guarantee pressure. Jiaohe Pumped Storage Power Station has an advantageous geographical location and can be used as a supporting power source in the load center area. After completion and operation, it can significantly improve the peak shaving, frequency and phase modulation and emergency backup capacity of the power grid in the Northeast region and Jilin Province, and alleviate the peak shaving capacity of the power grid. pressure to ensure the safe, reliable and stable operation of the power system. Jiaohe Pumped Storage Power Station has a total installed capacity of 1.2 million kilowatts, which can be converted from full-load pumping to full-load power generation within 5 minutes, providing 2.4 million kilowatts of power support capacity, greatly improving system safety and reliability, and better meeting the growing demand electricity demand.

The second is to serve the realization of the "dual carbon" goal, promote new energy consumption, help energy conservation, emission reduction and air pollution prevention and control, and optimize the overall social resource allocation. Pumped-storage power stations can improve the overall economy of operating units in the grid and promote new energy consumption. At present, Jilin Province is vigorously developing clean energy and accelerating the adjustment of power supply structure. The Jiaohe Pumped Storage Power Station is designed to generate 2 billion kWh of electricity annually and pump 2.68 billion kWh of electricity per year. After completion, it can effectively suppress the intermittent, random, and fluctuating effects of new energy sources and promote clean energy consumption. The operation mode of the power station is flexible, which can effectively cooperate with the operation of thermal power units, improve the operating conditions of the power system, and reduce the unit energy consumption. It can reduce the consumption of raw coal by about 273,000 tons and carbon dioxide emissions by about 511,000 tons each year. It has significant energy saving and emission reduction benefits. Promote energy and power to accelerate green transformation.

The third is to unblock the domestic circulation, drive the development of upstream and downstream industries in the industrial chain, stimulate economic growth, and promote high-quality development. The pumped storage power station has the advantages of large investment and long construction period, strong driving force and significant medium and long-term economic benefits. Improving the stability and modernization of the industrial chain and supply chain plays a very important role in stabilizing investment, ensuring employment, and benefiting people's livelihood. The construction of Jiaohe pumped storage power station can drive local infrastructure construction and related industry development, and significantly boost local GDP growth. According to estimates, the average annual increase of local tax revenue during the construction period of the power station is about 40 million yuan, and the annual increase in local tax revenue during the operation period is about 100 million yuan. The economic and social benefits are very significant. Pumped storage is the energy storage method with the most mature technology, the best economy, and the most large-scale development conditions. It is a green, low-carbon, clean, and flexible power supply for the power system. Pumped storage has functions such as peak regulation, frequency regulation, phase regulation, energy storage, system backup and black start, as well as technical and economic advantages such as large capacity, multiple working conditions, fast speed, high reliability, and good economy. It plays a fundamental role in safety, promoting new energy consumption, and improving system-wide performance, and is an important part of the Energy Internet. Accelerating the development of pumped storage is an urgent requirement for building a new power system, an important support for ensuring the safe and stable operation of the power system, and an important guarantee for the large-scale development of renewable energy. 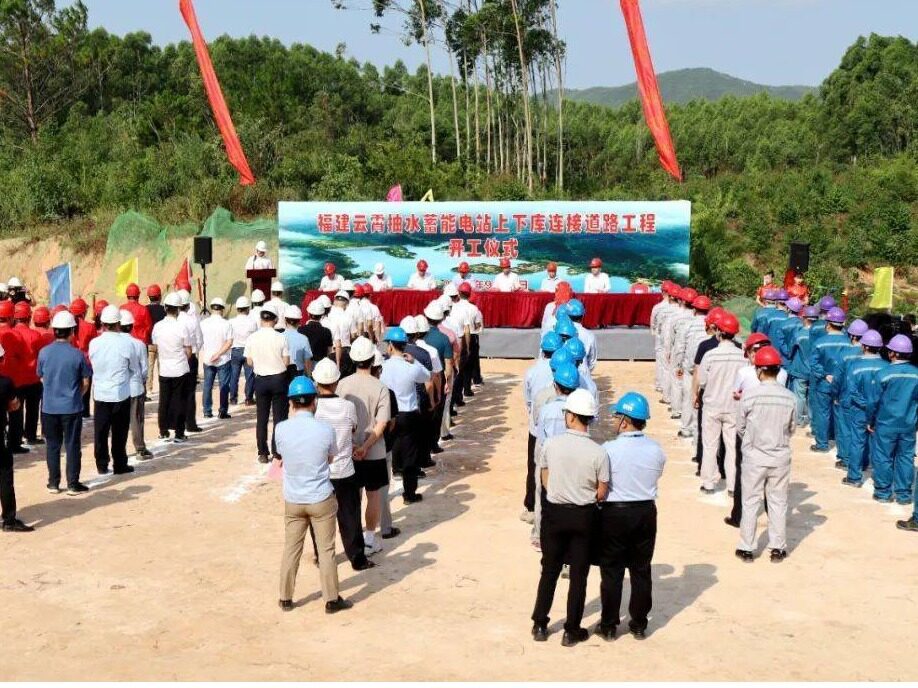 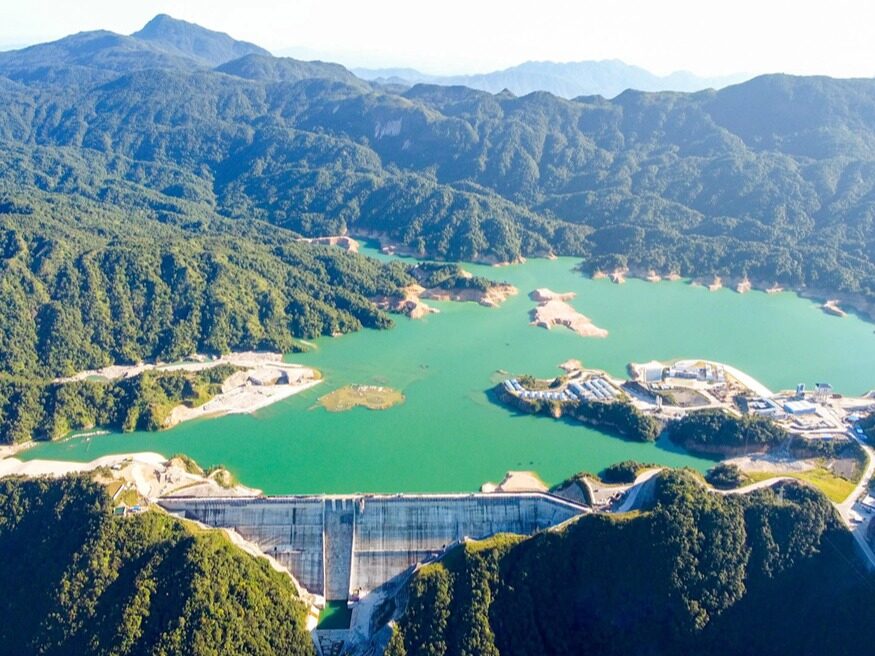 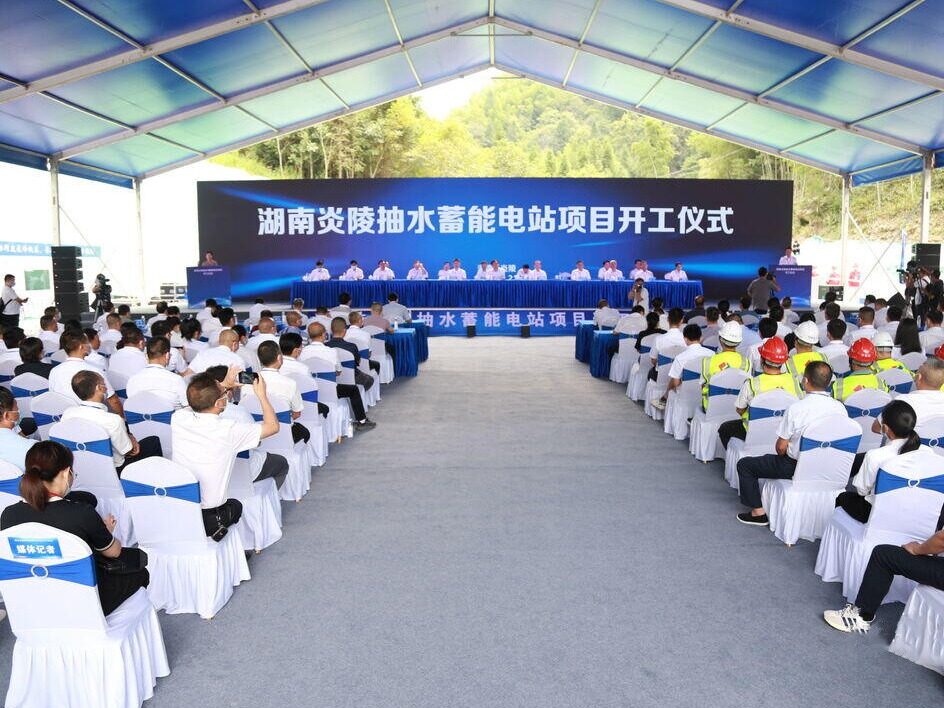 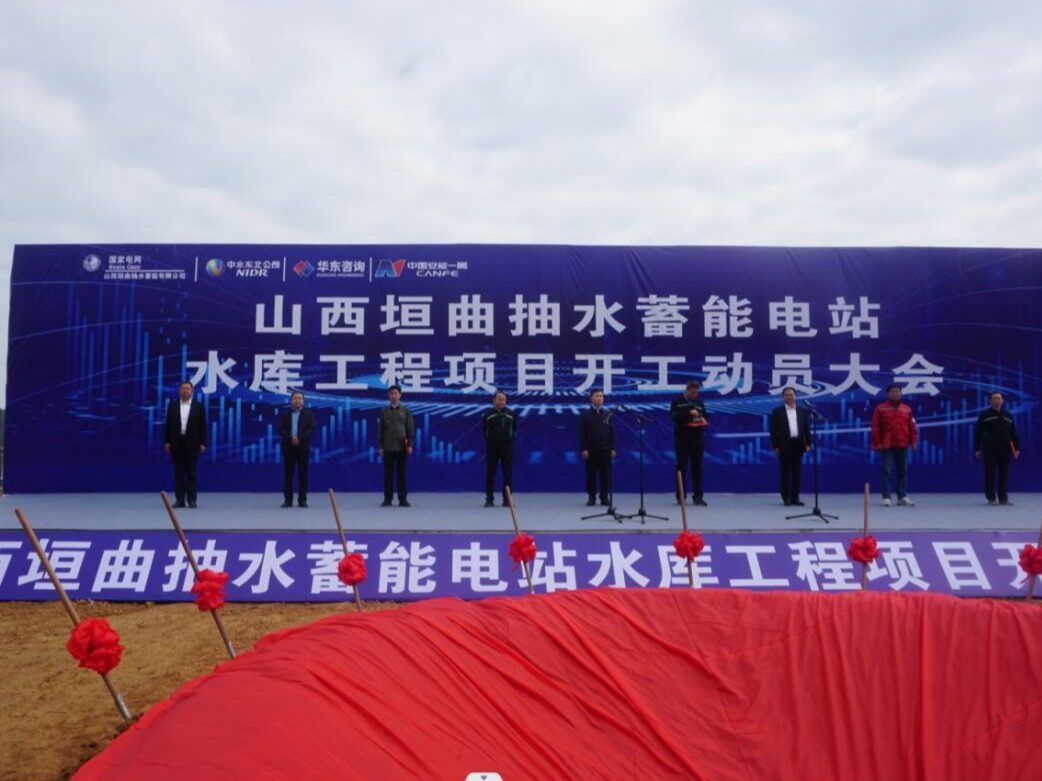