The reporter from Seedao.com learned from the State Grid that a few days ago, the State Grid Corporation of Promote the planning and construction of major projects, and actively serve the overall situation of "six stability" and "six guarantees".

The power grid is an important energy infrastructure. Accelerating the construction of major projects and giving full play to the stimulating role of investment is of great significance for stabilizing the macroeconomic market, improving energy security capabilities, and promoting clean and low-carbon transformation of energy. The direction and path have been clarified, and the construction of major projects is running out of "acceleration".

In the first half of 2022, China's GDP will increase by 2.5% year-on-year, and the economic operation will stabilize and rebound, with steady progress. From January to July, the company resolutely implemented the decisions and arrangements of the Party Central Committee and the State Council, and made every effort to promote the construction of major projects. The investment in the power grid was 236.4 billion yuan, a year-on-year increase of 19%. At present, the total investment of the company's projects under construction is 883.2 billion yuan, including 3,299 power grids and pumped storage power stations of 110 kV and above. From January to July 2022, the company started the construction of two UHV projects in Fuzhou-Xiamen and Zhumadian-Wuhan, and four pumped storage power stations in Zhejiang Taishun, Jiangxi Fengxin, Hunan Anhua and Heilongjiang Shangzhi.

"Major projects have the characteristics of large investment scale, long industrial chain, and many employees, which can effectively drive the development of upstream and downstream enterprises such as power supply, electrical equipment, and raw materials, and will play an important role in stabilizing growth, adjusting structure, and benefiting people's livelihood. ” said Yu Bing, deputy director of the National Energy Administration and member of the party group.

Take the two UHV lines started this spring as an example. The project involves hundreds of equipment manufacturing, construction, installation, and scientific research units. Many equipment manufacturers, including China Xidian and Baobian Electric, have received orders from them.

The construction of Anhua Pumped Storage Power Station, the largest pumped-storage power station in central China, was evaluated by the Hunan Provincial Government as an "important measure to empower the future and provide strong support for development". While driving social investment of more than 30 billion yuan, the project will provide about 8,000 jobs for local people, especially migrant workers and people who have been lifted out of poverty, and further activate the "power source" of people's employment and income growth.

Regarding the economic work in the second half of the year, the Political Bureau of the Central Committee of the Communist Party of China held a meeting a few days ago, proposing to "consolidate the trend of economic recovery, focus on stabilizing employment and prices, keep the economy operating within a reasonable range, and strive to achieve the best results." The company will play the role of power grid infrastructure support, investment driving and service guarantee, and will complete an investment of nearly 300 billion yuan by the end of the year. By then, the company's total investment in projects under construction will reach 1.3 trillion yuan, driving the upstream and downstream investment of the industrial chain to exceed 2.6 trillion yuan.

Ensuring safe and reliable power supply is the company's top priority. At present, it is the critical period of the "seven down and eight up" peak summer season. Affected by the rapid economic recovery and the superposition of high temperature weather, the electricity load of many provincial power grids in the company's operating areas has risen rapidly. The sufficient and stable supply of electricity is inseparable from the strong support of trans-regional and trans-provincial transmission channels such as UHV.

In Shandong, the Ximeng-Shandong 1000 kV UHV AC power transmission and transformation project has been put into operation for 6 years, and has delivered 130 billion kWh of electricity to Shandong, which is equivalent to one-sixth of Shandong's annual electricity consumption.

In Sichuan, the Baihetan-Jiangsu ±800 kV UHV DC project, which was completed and put into operation ahead of schedule, can deliver more than 30 billion kWh of clean electricity to East China every year, equivalent to half a year's electricity consumption in Nanjing. Wu Zhenglong, secretary of the Jiangsu Provincial Party Committee, commented that the completion and commissioning of the project is at the right time, which is of great significance for meeting electricity demand and helping people's livelihood.

Up to now, the company has built a total of 29 stable, safe and reliable UHV power transmission projects, with the longest transmission distance of 3,300 kilometers. Guan Peng, deputy director of the Economic Operation Regulation Bureau of the National Development and Reform Commission, believes that the State Grid's efforts to promote the construction of major projects is an important measure to optimize the allocation of power resources, improve the security and supply capacity of energy and power, expand effective investment needs, and consolidate the foundation for economic recovery.

In the next few years, China's electricity demand will continue to grow steadily, and the electricity consumption of the whole society will reach 9.5 trillion kWh by 2025. In this regard, the company will also accelerate the preliminary work of 6 UHV projects such as Datong-Tianjin South Exchange and Shaanxi-Anhui DC, further optimize and improve the grid structure, ensure safe and reliable power supply, and promote the development of power grids to always adapt to economic and social development. .

"By accelerating the construction of major projects, we will vigorously improve the ability to allocate energy resources, and increase the cross-regional and inter-provincial power transmission capacity from the current 240 million kilowatts to more than 370 million kilowatts in 2030." The relevant person in charge of the State Grid Development Department said.

The development of new energy is a key move to promote clean and low-carbon transformation of energy, and it is also a long-term solution to secure energy jobs and achieve the "double carbon" goal.

As the "stabilizer" and "regulator" of the power system, pumped storage power stations play an important role in flexibly responding to grid demand and promoting new energy consumption. Taking the Jilin Dunhua pumped storage power station, which will be fully put into operation in April 2022, as an example, the power station can promote clean energy consumption of more than 5 billion kWh every year, save 450,000 tons of standard coal, and reduce carbon dioxide emissions by 870,000 tons. In the process of helping the country achieve the "dual carbon" goal, the development of pumped storage is ushering in an important period of opportunity. In September last year, the National Energy Administration issued the "Medium and Long-Term Development Plan for Pumped Storage (2021-2035)", proposing that by 2025, the total production scale of pumped storage will reach more than 62 million kilowatts; by 2030, the total production scale will reach 1.2 million kilowatts. billion kilowatts.

By the end of 2021, the scale of pumped-storage power stations in operation and under construction in State Grid’s operating areas will reach 26.31 million kilowatts and 46.43 million kilowatts, respectively.

From the perspective of long-term development, the company will continue to increase the construction of pumped storage power stations in the next few years, and strive to achieve the development goal of the installed capacity of pumped storage in the operating area reaching 100 million kilowatts by 2030, further enhance the system adjustment capacity, and accelerate the promotion of Clean and low-carbon transformation of energy.

The construction of major projects benefits both the current and the long-term. In the future, more and more major projects of the company will be effective, which will effectively drive social investment and help the economy stabilize and recover, while further enhancing the power supply guarantee capability and serving thousands of households with a better life. Editor / Xu Shengpeng 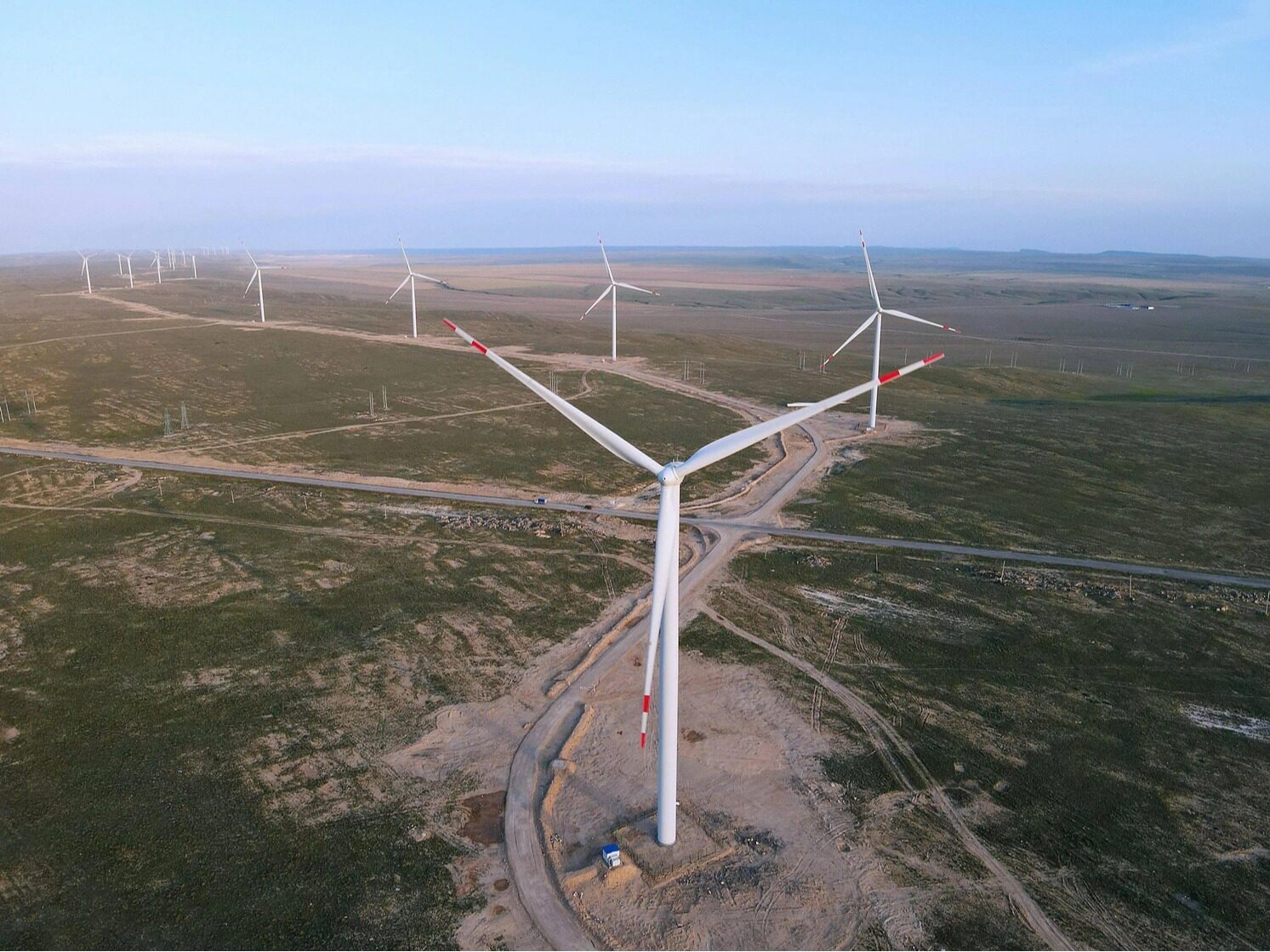