In order to achieve carbon emission reduction targets, renewable energy in various regions has developed by leaps and bounds. In recent years, with the concept of green development becoming a household name and the accelerated transformation of the domestic power structure, the photovoltaic industry has ushered in a period of development opportunities. Especially in the field of distributed photovoltaics, since the newly installed capacity in 2021 exceeded the centralized one for the first time, the industry has optimistic expectations for the general market performance this year.

In recent interviews, the reporter found that although the prospects of distributed photovoltaics are promising, in the process of practice, local governments are often faced with divergent policies and regulations, the challenges of absorbing grid connection problems to be solved, and the difficulties in later operation and maintenance. "Platform" and "new model" have become the response of many enterprises.

Distributed photovoltaics have the characteristics of self-consumption on the user side, surplus power on the grid, and balanced adjustment in the power distribution system. In 2021, the National Energy Administration issued the "Notice of the Induction Department of the National Energy Administration on Submitting the Pilot Program for the Development of Roof Distributed Photovoltaics in the Whole County (City, District)", requiring distributed photovoltaics to be "constructed and fully constructed" and "should be connected." Take it all." Not long ago, the Ministry of Housing and Urban-Rural Development and the National Development and Reform Commission issued the Implementation Plan for Carbon Peaking in Urban and Rural Construction, proposing that by 2025, the photovoltaic coverage rate on the roofs of newly built public institutions and new factories should reach 50%. The outstanding market prospects have also received feedback from the capital market. Take Chint Anneng, a leading domestic household photovoltaic enterprise as an example, which has just obtained a strategic financing of 1 billion yuan not long ago, and it is rumored that it will be listed independently. Trina Solar, a veteran photovoltaic leader, continued to maintain its leading position in the market share of distributed photovoltaics in the first half of this year. The company's stock price has been strong since April this year, and is expected to hit a record high.

It is worth noting that in recent years, due to the impact of internal and external factors such as the new crown pneumonia epidemic and the conflict between Russia and Ukraine, the price of silicon materials has continued to rise, which has put pressure on downstream enterprises such as photovoltaic modules and affected the progress of distributed photovoltaic construction. However, many industry experts predict that the price of silicon material may improve from the second half of this year. "Silicon materials rose sharply last year. The main reason was that the trading volume was locked up by several large companies, leaving little volume for retail stores. With the continuous production of new domestic silicon materials projects, the domestic production capacity is expected to reach 1.2 million by the end of this year. ton, the end of next year may exceed 2.4 million tons, and the price of raw materials may drop, which is good for distributed photovoltaics." said Lv Jinbiao, deputy director of the Expert Committee of Jiangsu Photovoltaic Industry Association.

There are three major challenges in practical promotion that deserve attention

Although the prospect of distributed photovoltaics is promising, the reporter learned in the interview that there are still many challenges in practical promotion in various places, which are concentrated in three aspects.

First, local policies and norms are inconsistent. The heads of several enterprises stated that since the state proposed to promote the construction of distributed photovoltaics in the whole county, the implementation policies of various places have been different, which has caused problems for enterprises. "Distributed photovoltaics all require energy storage now, but capacity pricing or electricity pricing? It varies from place to place, and policies at the national level are urgently needed to make investors' expectations clear," said Gao Jifan, chairman of Trina Solar.

At the same time, the lack of standards is also a headache for many companies. Taking BIPV (Building Integrated Photovoltaic) as an example, the construction industry and the photovoltaic industry have their own special specifications, and there is currently no clear plan to integrate the two. "For example, in many areas in Guangdong and Fujian, due to historical reasons, the load is not enough. If you want to build photovoltaics on the roof of color steel tiles, what plan is used to deal with it, and how to adapt the life cycle of the power station and the life cycle of the roof needs to be explored." Deputy CITIC Bo President Sun Guojun said.

Due to the lack of clear policy specifications, enterprises simply increase non-technical costs in the process of promoting distributed photovoltaic construction. The heads of many enterprises said that non-technical costs including land and financing now account for more than 20% of the total cost, especially the cost of land use. The implementation standards vary from place to place, and some policies are worth discussing.

Second, it is difficult to solve the problem of absorbing and connecting to the grid. The National Power Administration proposed that distributed photovoltaic power generation implements "nearest consumption", but there are differences in the construction of power grids in different places, so there are many problems in the consumption and integration of photovoltaic power generation. Li Hu, director of the Power Research Office of the State Grid Jiangsu Institute of Economic Research, said that power grids at different levels face different problems, such as line constraints or cross-section constraints in the distribution network. The maximum transmission of electricity across the river in the south reaches 17.211 million kilowatts, which has reached the transmission limit.

It is not only the consumption problem at the large power grid level, but also the power infrastructure in the vast rural areas needs to be further upgraded. The deputy mayor of a county-level city said that the rural power grid is relatively thin, and the volatility of photovoltaic power generation will aggravate the fluctuation of the rural power grid. "For many township enterprises, this will simply cause problems such as product quality decline."

Many people in the industry said that the volatility problem of photovoltaic power generation is temporarily "unsolved". To solve the problem of accommodation, in addition to continuing to strengthen scientific and technological innovation, mutual cooperation between photovoltaic enterprises, power grid enterprises and other market entities is required.

Third, there are still many difficulties in post-operation and maintenance. For industry and commerce, the "spontaneous self-use" feature of distributed photovoltaics has significant economic benefits for enterprises to save energy and reduce emissions. However, for a large number of household photovoltaic users, how to find profit points has become the key to healthy development in the later stage.

"Current carbon trading, green power trading, and more centralized trading methods are not open to small and medium-sized enterprises." said Geng Lei, general manager of Jolywood New Power Development. Because the transaction link is blocked, the expected return on project investment is reduced, and the unprofitability of the enterprise will affect the later operation and maintenance. Some people in the industry said frankly that a photovoltaic roof project invested nearly 700,000 yuan by the collective economy in a village has a yearly income of less than 30,000 yuan, and in areas with low electricity costs, such as schools, the rate of return of building BIPV will be lower.

A number of industry insiders also stated that under the global trend of "carbon reduction", it is imperative to explore the recycling and utilization of waste photovoltaic modules.

Technological innovation is still the key to solving problems

The reporter found in the interview that in response to the above challenges, companies did not wait for the policy, but carried out advanced research around technological innovation.

"New technology" has become the focus of the company's efforts. In recent years, new types of batteries including heterojunction and perovskite have been developed rapidly, providing an alternative way to reduce cost and increase efficiency for distributed photovoltaic construction. For example, the flexible perovskite solar cell modules developed by Dazheng Micro-Nano Technology are expected to be installed in the fields of car roofs and iron towers. Now the production capacity is being expanded from the current 10MW to 100MW. The lightweight flexible monocrystalline silicon modules developed by Daycare Photovoltaics will soon be It has obtained an acquisition order of 6.6321 million yuan from Taiji Industry. "New platform" has become the common choice of many enterprises. "Household photovoltaics are like 'ant relocation'. Individual users are relatively scattered, and the entire project has many processes, requiring systematic construction." said Wang Zhihua, manager of the public and government affairs department of Chint Aneng. The company explores the "Photovoltaic Planet" and trains agents, operation and maintenance providers, business developers and engineering construction personnel to ensure the quality of distributed power station construction and operation and maintenance services.

Trina Solar has built an information platform to open up the data flow between enterprises and suppliers, business departments, enterprises and users, and complete the transparent management of front-end, operation, acquisition, production, logistics, service and other links. "This platform will not only serve Tianhe's distributed power stations, but also serve friends and businessmen," said Gao Jifan. Keywords: infrastructure, infrastructure construction, domestic engineering news, planning and investment 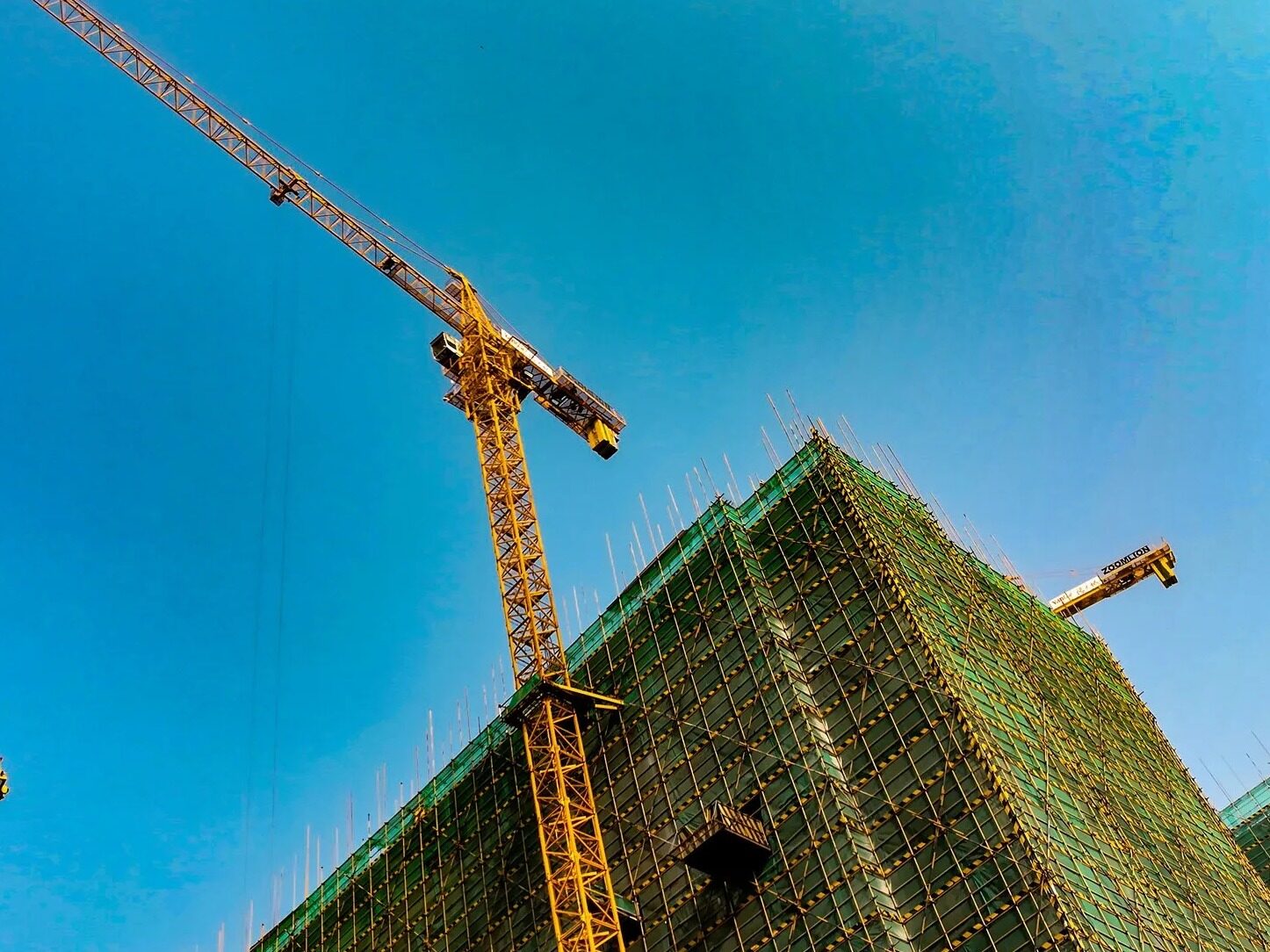 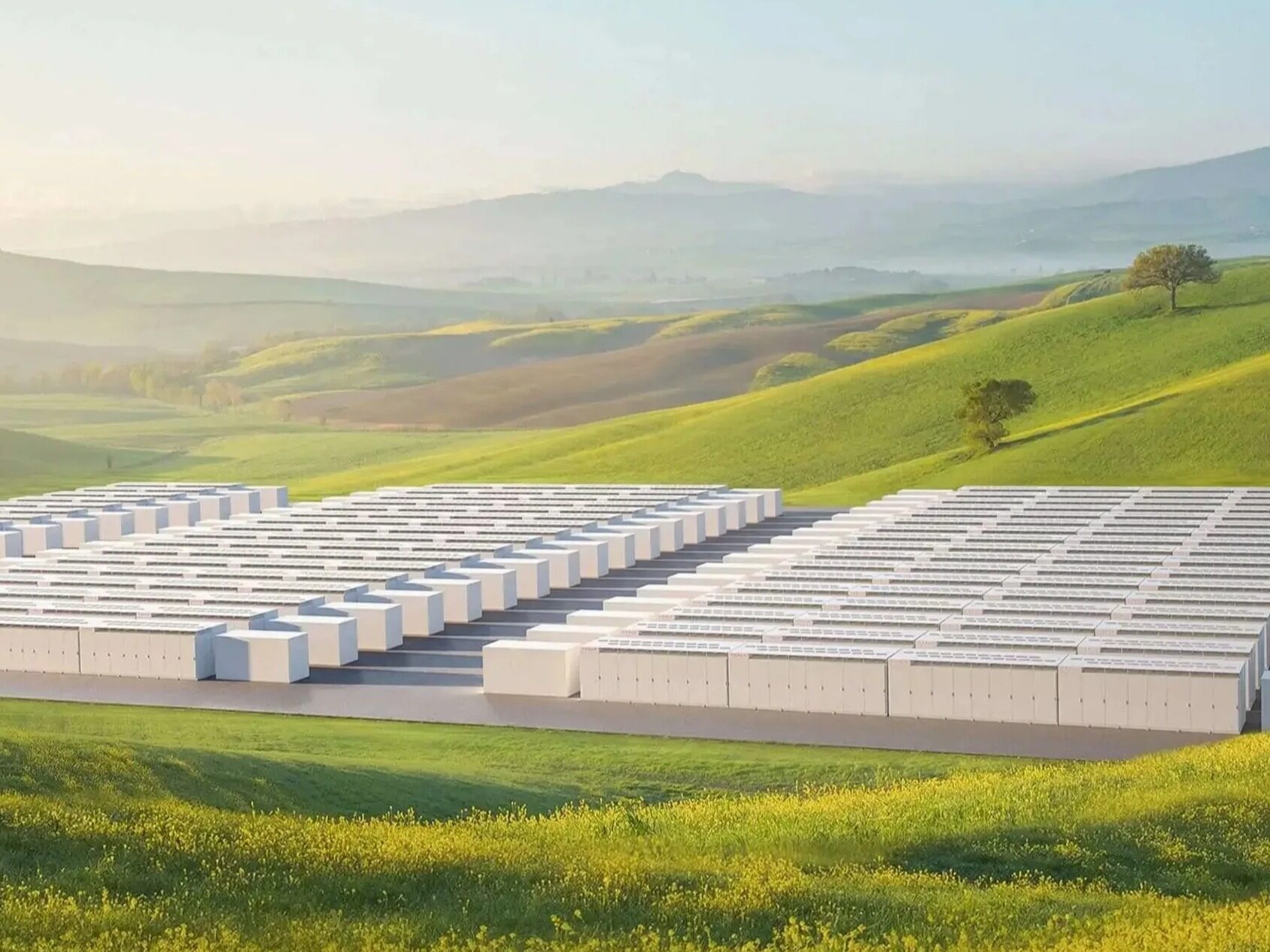 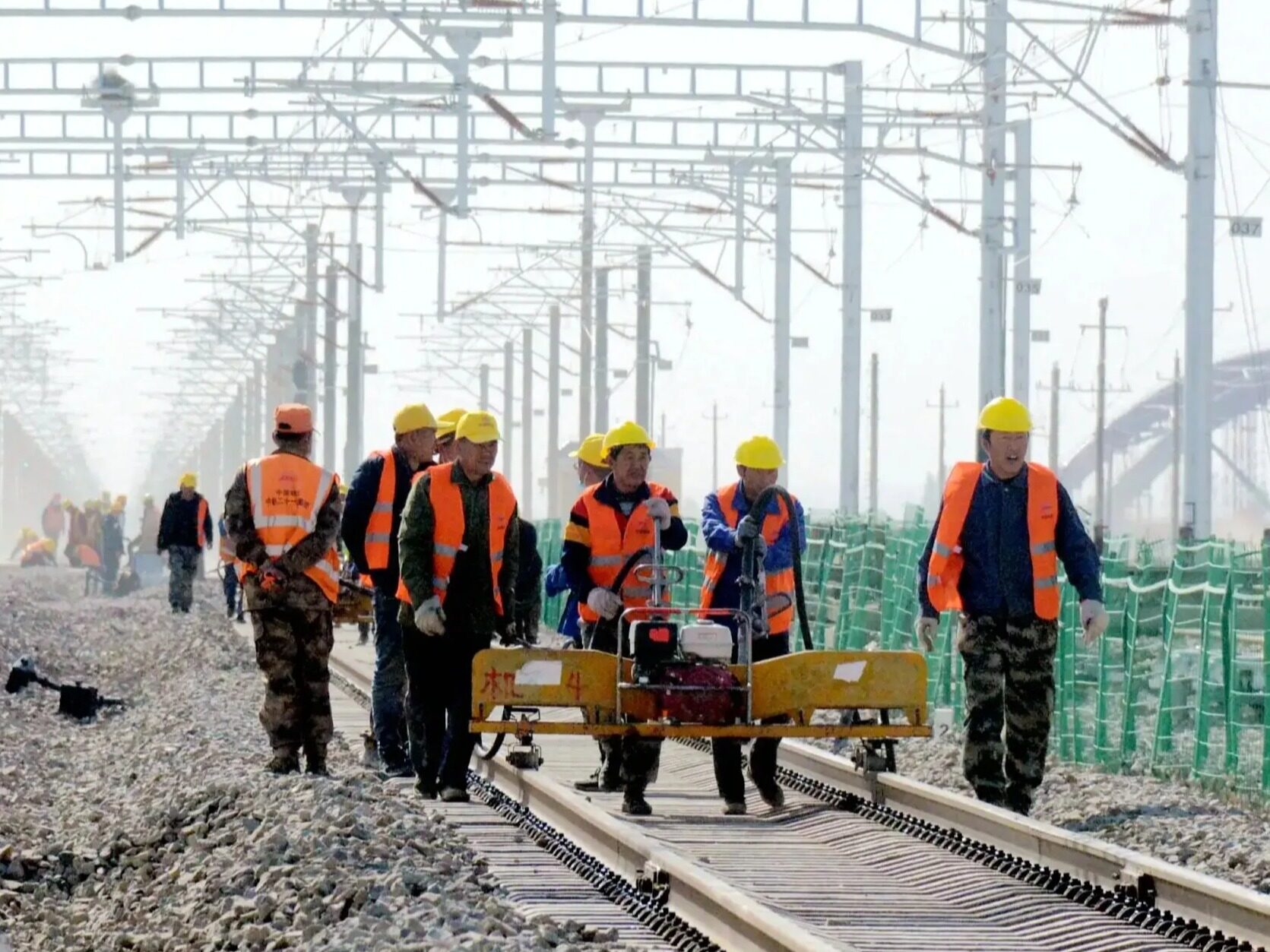 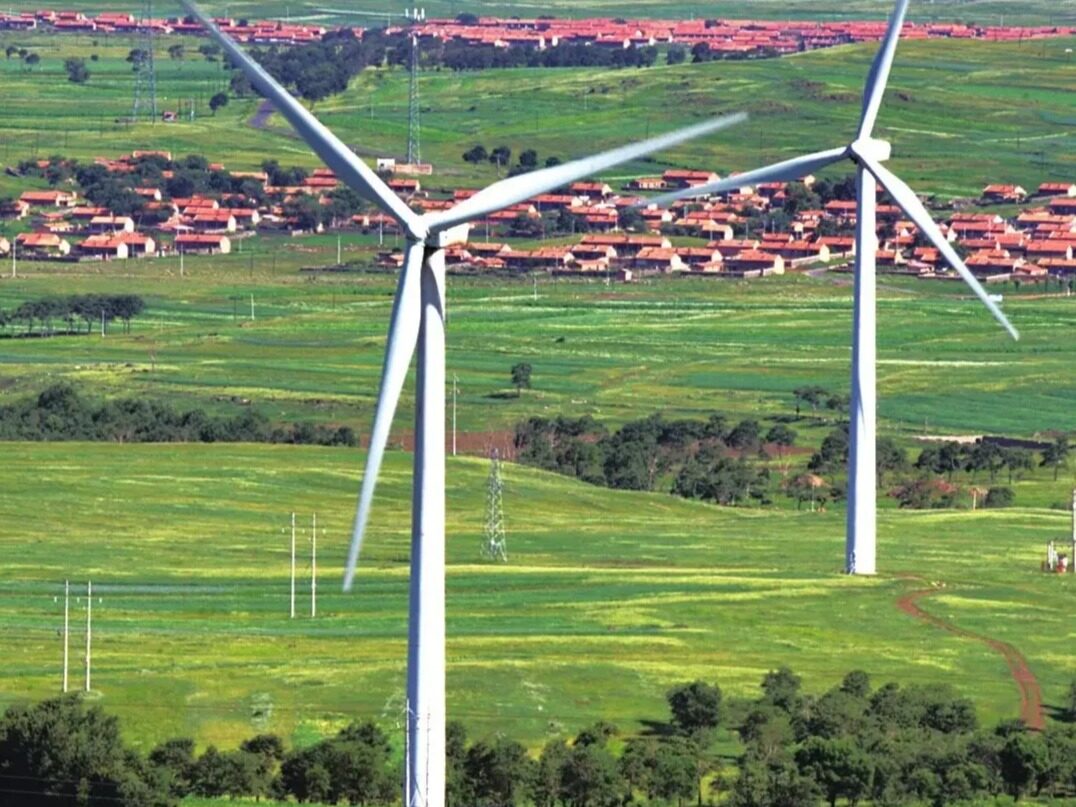