weichai lovol Smart Agriculture is a leading high-end agricultural machinery equipment manufacturer in China, and Beidahuang Farming and Reclamation Group is the largest modern agricultural production group in China. This project will promote the landing of domestic high-horsepower tractors, high-feed harvesters and other high-end intelligent agricultural machinery and equipment in Heilongjiang and comprehensively replace imports. Based on this, we will expand the socialized agricultural services and innovate the development model of China's smart agriculture. 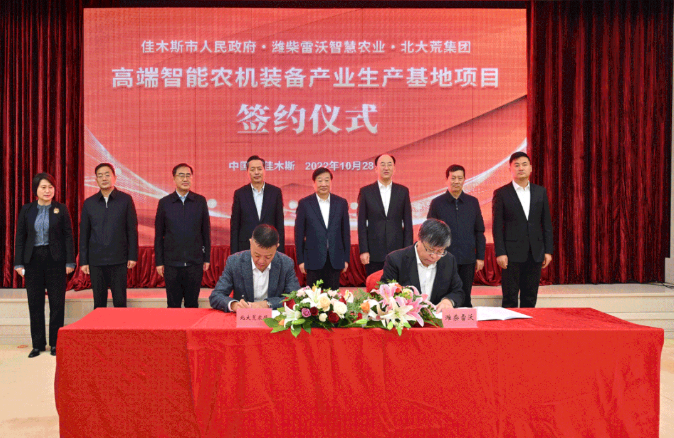 At the signing event, Tan Xuguang said that the General Secretary pointed out in the report of the 20th National Congress of the Communist Party of China that agricultural technology and equipment should be strengthened to ensure that Chinese people's rice bowls are firmly in their hands. This signing activity is a concrete action to implement the spirit of the important instructions of the General Secretary, which marks the in-depth integration of China's independent and most advanced agricultural machinery enterprises and application scenarios. It is of great significance for the upgrading of China's agricultural machinery equipment industry and building a national modern agriculture pilot demonstration zone. It is hoped that the two sides will comprehensively expand cooperation in broader areas, jointly provide a new model, new benchmark and new driving force for China's agricultural modernization, and make greater contribution to the dream of making China a strong agricultural country. Editor/He Yuting