I have heard "All roads lead to Rome", but you may not know that the world's first "highway" is actually in China.

After Qin Shihuang unified the Six Kingdoms, he built two great buildings, one is the Great Wall and the other is the Qinzhi Ancient Road.

Qinzhidao is a military traffic project built during the Qin Shihuang period. It is about 700 kilometers long from Xianyang, Shaanxi to Baotou, Inner Mongolia. It is all rammed with loess. Because the road is roughly straight from south to north, it is called "straight road". It was hailed by historians as China's "first highway", passing through plains, mountains, grasslands and deserts. It used to be "cars and horses" and is now a national key cultural relics protection unit.

This "Qinzhi Road" located in the depths of Dongzhiyuan, Qingyang City, Gansu Province is 3-8 meters wider and 10 times longer than the famous "Roman Boulevard". Its flat, straight and wide lines are all in line with the characteristics of modern highways .

Qin Zhidao is not only a military route for the supply of heavy supplies, but also a road connecting the business travel between the Central Plains and the outside of Serbia and the road of national integration.

In 35 years of Qin Shihuang, that is, 212 BC, he sent generals Meng Tian and Prince Fusu to recruit tens of thousands of migrant workers, "grazing mountains and valleys", burning mountains and logging. In 37 years of Qin Shihuang (210 BC), Qin Shihuang finally built this An ancient road. Under a thousand years, Qin Zhidao was either naturally eroded or covered with trees, but we can still recognize the majestic momentum of the Zhidao from the remains.

According to Sima Qian's "Historical Records", Qin Zhidao has a total length of "thousand and eight hundred miles" (approximately 1,400 miles today), starting from the Ganquan Palace (now Chunhua County, Shaanxi) controlled by Xianyang, and going all the way north to the frontier fortress Jiuyuan County (now the ancient city of Machi, Baotou City, Inner Mongolia). It passed through more than 80 townships in 14 cities and counties in three provinces, including Shaanxi, Gansu, and Inner Mongolia. It took two and a half years for the main body to pass through. It was the shortest road from Xianyang to Jiuyuan County at that time. With the changes in the political landscape since the Tang and Song Dynasties, Qin Zhidao was gradually ignored and turned into civilian use.

The Biography of Mengtian said that Emperor Qin Shihuang wanted to travel around the world, taking the Jiuyuan County (the west of Baotou City, Inner Mongolia) to the Linguang Palace in Ganquan Mountain, Yunyang County (in the northwest of Chunhua County, Shaanxi Province). road. From Jiuyuan to Ganquan, the mountain was filled all the way to fill the valley, with a total length of 1,800 miles (about 748 kilometers today).

The site of Qinzhidao in Gansu mainly runs longitudinally along the north-south of the main peak of Ziwuling, with a length of about 290 kilometers, passing through more than 50 villages in 30 towns. Existing road ruins, the narrowest 4-5 meters, the widest 6-10 meters. The rugged areas along the road, the city barriers, pass and Fengsui ruins are still preserved. Along the way, it winds in the forest of Ziwuling, where the scenery is magnificent, the mountains are green in spring and summer, the mountains are red in autumn, and the scenery is very spectacular in winter. Wang Zhaojun is out of traffic here

The story of Zhaojun’s outing has been circulating for thousands of years. It can be said that everyone knows it, but there are not many people who know how to dress up Liang.

Dressing up Liang is a small place name on Ziwuling. It is an ancient post on Qinzhi Road in Qiaohe Township of Huachi County. According to legend, when Zhaojun Wang, the emperor of the Han dynasty, went to Saiyuan to marry the Xiongnu to Huhanxian, he took Qinzhidao. There was a small station when passing the place of Liang on the way. At that time, this was the border line actually controlled by the Western Han Dynasty and the Huns. Wang Zhaojun crossed this place, which meant leaving the homeland. Therefore, Wang Zhaojun was here to freshen up and dress up to face the old father in the south. As a result, the monumental historical place name of "Dressing Liang" was left behind. Now, apart from the ruins of a city barrier site and a beacon, there are no longer any remains of the post in those days, but Zhao Jun's history of dressing up and dressing up has always been here. 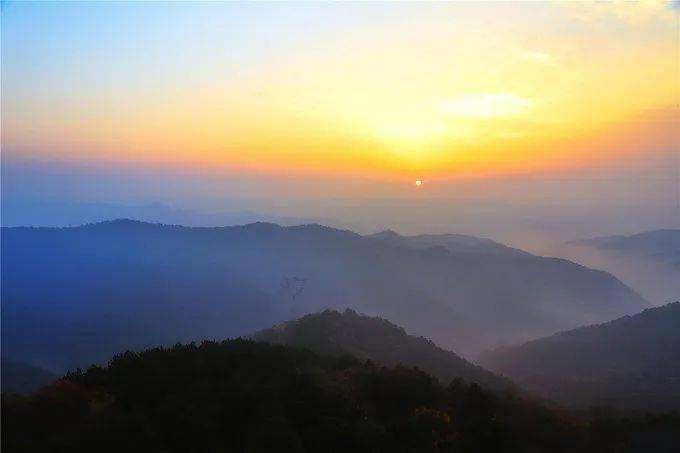 Today, when we stepped on the beam and explored the footprints of history, we would suddenly have a whimsy of old times: Wang Zhaojun sitting on horseback, how was he attached to his loved ones when crossing the reckless forest? What kind of sadness is it to leave your hometown? "The boudoir pavilion is worthy of the world, the imperial concubine crowned the Han Palace; Zhao Junyuan married in exchange for national peace and national harmony. This may be the real reason why Qingyang people often talk about dressing up Liang.

The famous writer Mr. Chen Zhongshi once said: "Qin Zhidao passes through plains, mountains, grasslands and deserts, and after more than two thousand years of baptism, there are still some road sections that can be completely preserved, which is very gratifying. ."

The mountains and forests are on the side, and the sea of clouds is winding around, deep into the Qinzhi Ancient Road, and you can have an intimate contact with the magnificent scenery of Qingyang's mountains and rivers. When it comes to loess high slopes, there is always a vast plain of endless yellow sand in my mind. Who can think of such a dense and magnificent green forest on loess high slopes!

Walking on Qin Zhidao is like breaking into a tunnel in time and space. Those stories in the historical torrent all ran across this road. This road witnessed the recollection of the Han Dynasty and the pro-princess in their carriages nostalgic for their homeland. Hearing the click of the horseshoes returned by Zhang Qian after the first defeat of the Western Regions... Walking on this road is full of mystery and awe . It is a silent historian, a photo of years.

For more than 2000 years, the road was lush on both sides, but there was no grass on the pavement. This was because General Meng Tian took 300,000 troops to dig up the mountains to fill them, and the layers were tamped. The whole avenue was like a complete big stone. The road condenses the sweat and wisdom of the ancestors.

When we strolled on Qin Zhidao today, we felt the magnificence of this wide and flat ancient road, as if we could hear Lin Tao's symphony resonating with the thousands of horses galloping on the straight. How about, are the ancient Chinese super intelligent? Editor/He Yuting